Mauritania: a specialist in difficult missions at the helm of SNIM 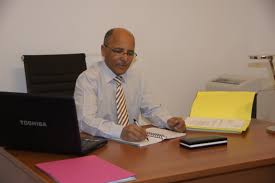 The National Industrial and Mining Company (SNIM) of Mauritania has a new boss. This is Hassena Ould Ely, a technocrat who acquired his nobility by putting into orbit, a few years ago, the success story Mauritania Airlines.

This framework, in fact, directed the national airline Mauritanie Airlines (MAI) from its creation date until the beginning of the year 2015. It then passed through the Mauritanian Gas Company (SOMAGAZ) – another company with public capital – for a few months, before coming to the controls of the Autonomous Port of Nouakchott in January 2016.

Hassena Ould Ely who was also Minister of Fisheries will now be in charge of the largest parastatal company in Mauritania, exporting 12 million tons of iron ore per year. It was after the meeting, held Thursday, November 8 in Paris, that the board of directors approved the decision of the government to bring Hassena O. Ely to the post of general manager of the company.

He replaces Mohamed Salem O. Bechir, who was recently appointed Prime Minister of Mauritania. Accustomed to the challenges, the new director will have the heavy burden of piloting a company confronted in recent years with a violent reversal of trends in iron ore prices.

Born in 1974 from the nationalization of the French company Miferma (Iron Mines of Mauritania), SNIM employs 6,500 workers outside the service providers, which makes the establishment, the largest provider of jobs after the function public.