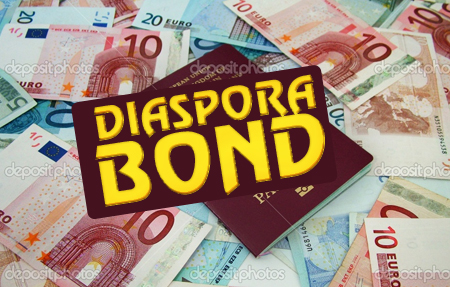 The purpose of this article is to analyze, in the African context, the Diaspora Bonds (Diaspora Bonds) as an innovative instrument for financing development, fiscal stabilization and balance of payments support.

Since 2014, the fall in commodity prices on world markets has highlighted the structural weakness of African economies. It weighed on current and government revenue as well as national currencies, and created inflationary pressures. In addition, the recession of industrial economies reduces the exports of African economies, limits direct investment and increases risks.

African countries are therefore among those who suffer the most from the economic crisis, which results in more or less serious budgetary tensions depending on the country. Yet, the challenges are enormous and the financing needs of Africa’s transformation agenda substantial: about $ 94 billion in infrastructure investment per year over 10 years to fill the funding gap in the infrastructure sector alone (Forum world economy, 2015).

But in 2014, only $ 74 billion was invested in infrastructure, a decrease of about 25% compared to 2013. The decline in incomes related to raw materials, which represent between 25 and 85% of the revenues of these companies. country has plunged the region into crisis, opening the door to the International Monetary Fund (IMF).

To definitely revive their economic machine, African states will have to find other sources of financing. Many countries have had to resort to the capital market to obtain the necessary funds for their operations and public investments, notably by mobilizing debt in local currency or in foreign currency (bond issues).

Despite high transaction costs, transfers from the sub-Saharan diaspora have quadrupled since 1990, reaching US $ 40 billion in 2010, or 2.6% of gross domestic product.

These are therefore important financial flows from African citizens and their descendants outside their country of origin, which are at the heart of the link between migration and development. At present, African governments are interested in the most visible financial flows, namely remittances and, to a lesser extent, direct investment by migrants.

There is, however, a third category of financial flows from diasporas: investment in financial markets. This third category, while providing long-term resources, remains little known, at least not exploited by the actors, public or private, of the African continent.

Indeed, in addition to their income from activity, migrants of African origin very often have significant capital in the form of real estate, investments (equities, bonds and other financial instruments), and bank accounts. savings and retirement.

Psychologically, investors from the diaspora fear the risk differently from the usual international investors. Given their links with the country of origin, they generally have a better knowledge of local realities and are less sensitive to changes in exchange rates, because they can pay in the local currency their financial obligations (financial support to the family, operating expenses of a business, mortgage, etc.).

For emotional reasons, it is also likely that investors from the diaspora have a more flexible, even « indulgent » approach, the time required for return on investment (ROI).

The public authorities and the economic actors of the continent must therefore analyze with great attention and finesse their diaspora in order to better identify, capture and guide its financial flows, and especially to use it in the development process continent by soliciting it as a direct or indirect investor. In this endeavor, they must be supported and supported by multilateral development organizations, development agencies, regional and subregional organizations, the African Development Bank, the African Union, the New Partnership for the Development of Africa. Africa (NEPAD), etc.

Typology of instruments
To date, we have very little information on the habits and extent of diaspora activity in the financial markets. However, we must note the constant progress in the development of financial markets across the continent.

1. Special deposit accounts denominated in national and foreign currencies;
2. National loans through which members of the diaspora can acquire real estate and land in their country of origin;
3. Securitization of future remittances, which broadens banks’ borrowing power, at lower interest rates;
4. Diaspora bonds, which allow governments or businesses to borrow in the long run.
The first three instruments will be discussed later in our next studies. In this article, we will limit ourselves to the analysis of bond issues for diasporas: Diaspora Bonds.

Bonds Diaspora (Diaspora Bonds)
The Diaspora Bond, or Diaspora Bond, is a long-term debt issued by a state, a local authority or a company to its diaspora. In concrete terms, the holder of the Diaspora obligation lends a sum and receives each year on the same date the payment of the interest related to this loan. This is called the coupon.

At maturity, the lender (the buyer of the bond) is repaid. There are several time horizons for a bond: 5, 7 and 10 years.

By issuing Diaspora bonds, governments and businesses can raise long-term capital with often low interest rates, granted for emotional reasons by investors in the diaspora. They often trust their country of origin as to their ability to repay principal and interest. Similarly, members of the diaspora are often more flexible and less demanding in terms of rates and deadlines, compared to profitability.

Historically, the first Diaspora bonds were issued in the 1930s by China and Japan. Since then, several governments have issued bonds of this type in order to attract diaspora capital. Israel has been using it every year since 1951, through the Development Corporation for Israel, to mobilize long-term capital needed to finance infrastructure.

Finally, in 2008, Ethiopia issued the « Millennium Bonds » in order to finance the extension of the power grid of the Ethiopian Electric Power Corporation (EEPCo).

Diaspora-oriented bond issues and development
Bonds issued by governments, communities and businesses to members of the diaspora are geared towards the construction of national infrastructure: roads, railways, power plants, etc. It is therefore a stable source of long-term resources that will allow the governments concerned to invest in transport, energy, telecommunications, water resources and other essential infrastructure projects.

This instrument is also a good way to maintain links with the diaspora.

The bonds issued by the Development Corporation for Israel and the State of Ethiopia, as well as the savings bonds issued by Ghana, all meet this objective, namely the financing of infrastructure.
Bond issues and fiscal stabilization
By issuing Diaspora bonds, public authorities and companies mobilize long-term capital that will be used in the service of the national economy.

Contrary to the short-term speculative capital of traditional international investors, flows from Diaspora bonds are long-term resources that fuel the national economy. For example, in India, we observe the following distribution:

– 40% of the resources intended for the real sector;
– 50% refinancing of banks;
– 10% to infrastructure development.
In this respect, financial flows from diasporas constitute an element of fiscal stabilization.

Diaspora Bonds & Balance of Payments
The majority of sub-Saharan African countries have long had to rely on external assistance or loans from international financial institutions to cover their foreign exchange needs.

In situations of financial crisis, which are reflected in particular by a scarcity of foreign exchange, they can also issue bonds to their diaspora in order to stabilize a balance of payments more or less chronic imbalance.

Thus, in the face of international financial sanctions (1991, 1998) and for special needs (2008), India issued debt bonds reserved for its diaspora in order to limit the balance of payments imbalance and maintain confidence in his financial system.

In conclusion
Diaspora bonds are a powerful tool for governments to finance development on advantageous terms. In return, it requires the latter to know how to win the trust of their diaspora. According to the African Development Bank, the challenge is worth it.

To succeed in issuing bonds to diasporas, African states, local governments and businesses are required to observe a minimum of rules in this area, particularly in relation to the rating and knowledge of their diaspora.

Issuers of Diaspora bonds must be convincing to their expatriate citizens, in order to encourage their adherence to this instrument. Indeed, it is not easy to encourage people who have a degraded image of the governance of their country of origin, people who have fled oppression, to subscribe to a government loan.

Governments need to be realistic, discerning and minimally prepared – especially in terms of communication – and target people with a long-term perspective of economic development and growth.

Like Israel, India and, to a lesser extent, Ethiopia, bond issues for the diaspora can support the development of a country. Israel has been using the Jewish diaspora since 1951 to raise $ 32.4 billion, and India has issued Diaspora bonds on three occasions to raise $ 11.3 billion.

Many other countries that have experienced a large diaspora can potentially do the same thing. Unfortunately, very few policymakers and diaspora members are sufficiently familiar with this financial instrument. In addition, governments are often put off by the complexity of the regulations that affect the issuance of bonds abroad.

Bond issues to the diaspora allow governments to mobilize migrants’ savings, not just their incomes, and to focus more on long-term investments.

It is therefore up to African states to put in place strategies and tools for a better census of the members of their diaspora around the world, to create favorable conditions for the issuance of bonds dedicated to the diaspora and to put them at the service of development, as in Israel and India.