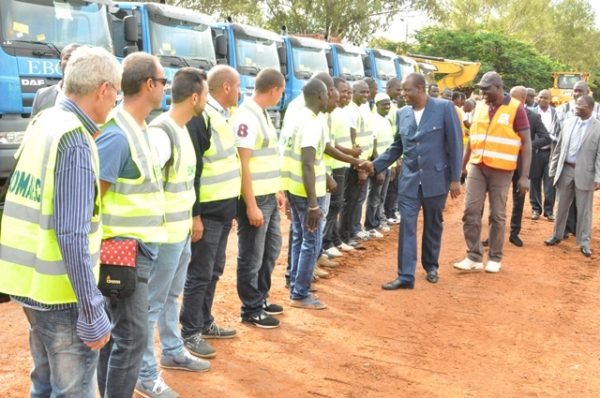 The Burkinabe giant BTP EBOMAF (Enterprise Bonkoungou Mahamadou & Son) will execute a contract for the construction of 224 km of road infrastructure in Côte d’Ivoire. The announcement was made Wednesday by the Ivorian government after the weekly cabinet meeting. As part of this project financed by Afreximbank, the Ivorian state will provide a guarantee of 179.73 billion FCFA, or 274 million euros.

The government, however, did not communicate on the details of this market even less on the conditions of attribution.

The construction company continues its expansion in Ivory Coast where it won its first contract in 2015. A project that focused on the development and asphalting of 136 km of road in the north of the country for 83 billion FCFA , ie 126.5 million euros. The company has also completed the rehabilitation of the landing strip at San Pedro airport, which initially cost CFAF 14.58 billion.

Also active in Guinea, Benin and Togo (in addition to Burkina Faso and Ivory Coast) EBOMAF has just entered the Liberian market where it signed last June an agreement covering 337 km of road for an envelope of 250 billion FCFA, a little more than 381 million euros.