Onomo invests in Cameroon and continues its African route 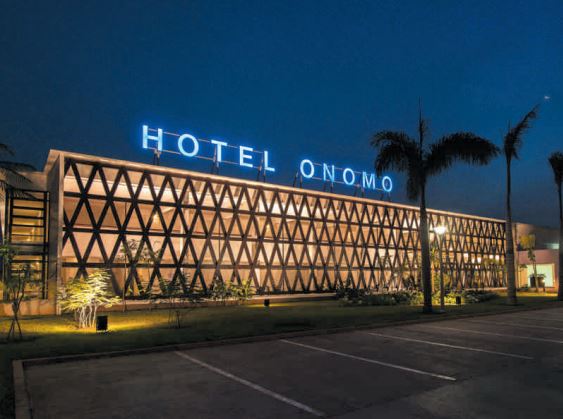 The Onomo hotel group launched on April 25, 2018, the construction of its first hotel in Cameroon, with the laying of its first stone in the administrative district of Bonanjo (Douala).

It is indeed an institution that represents an investment of 15.5 billion CFA francs (half of which comes from the Commercial Bank Corporation of Cameroon), and announced to be operational for the 2019 edition. of the Africa Cup of Nations. The project has 153 rooms and suites, three conference rooms, a swimming pool and a fitness room, as well as an underground car park.

It will eventually generate some 50 jobs, and between 150 to 200 direct and indirect jobs during the construction period. The works are entrusted to Raubex Renovo, a branch of the South African manufacturer Raubex Group.

The hotel group specializing in three-star establishments also plans to start work on a new hotel in Yaoundé at the end of the year. An establishment is also announced in Kribi, a seaside town located in the southern region of Cameroon.

These new projects are in addition to the three others announced in Port-Gentil, Brazzaville and Pointe-Noire, and the Onomo hotel in Libreville already operational.
An African road

Created in 2009 by Philippe Colleu and Christian Mure, with the support of African businessmen at a first fundraiser that finances the construction of the first three institutions, the Onomo group came under the purse of the group Batipart in 2013.

In 2017, the group has six hotels following the acquisition of Inn on the Square in Cape Town in 2017. An opening is planned soon in Conakry as part of a partnership with Societe Generale for an investment of 14 million euros . Similarly, Kigali is scheduled to open its first Onomo this year.