Crisis in Togo: finally the dialogue? 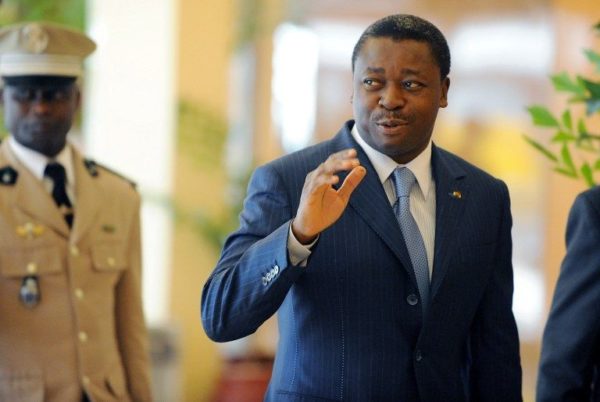 Back Conakry where she met Alpha Condé, a coalition of 14 political parties of the Togolese opposition announced that the chairman of the African Union (AU) has proposed a dialogue between the 23 and 26 January 2018, after consultation of stakeholders. Is the end of the crisis possible?

Announced for November 6, 2017 by the government after a series of clashes between security forces and opposition protesters in several cities, the political dialogue to end the crisis in Togo she will reach her first goal ? Difficult to answer, if we know that the more entrenched positions of the two opposing camps, which are still in agreement, at least officially, for holding this meeting whose organization and mediation procedures divide.

Adorned with its strong mobilizations hardly weaken the streets of the capital and other cities, the broad coalition of 14 political parties of the opposition, gathered for the event around the Pan-African National Party (PNP) after his march of August 19, is right in his boots: get the start for the immediate departure of the current president, or in 2020, when rigor.

For its part, Faure Gnassingbe, elected to 58.77% in the last 2015 presidential election for a third term – and having a majority in the National Assembly since 2013 -, swears by constitutional legality. Especially in the current Organic Law, no law prevents the head of state to run for as many terms he wants.

But, compelled by a formerly sluggish opposition and become more disturbing with the arrival of very inspiring PNP, President Togolese introduced in September 2017, a bill that limits both the presidential and legislative mandates, and instituting a uninominal voting system in two rounds for the election of the president.

Except that the new text does not include the paragraph that, “in no case, no one can do more than two terms,” ​​as stipulated by the same original constitution passed in 1992 – demanded by the opposition – and amended in lXCHARXancien 2002 by President Gnassingbé Eyadema, a few months before his death.

Boycotted by the opposition members, the vote of the text by the Parliament by simple majority paves the way for a referendum demanded by the activists of the ruling party down too heavily in the streets last Saturday and whose coalition wants to hear.

Indeed, in Article 144, the Constitution stipulates that “the project or the proposed revision is considered adopted if passed by a majority of 4/5 of the deputies of the National Assembly. Without this majority, the draft or proposal of revision adopted by a majority of two thirds of deputies of the National Assembly is submitted to a referendum. The President of the Republic may submit to referendum any draft constitutional law. ”

In his address to the nation Wednesday, January 3, Faure Gnassingbe did not hesitate to bring up the subject, even if he had invited his “protest” dialogue “is now the entire Togolese people, sole owner of national sovereignty, it belongs to decide, “he declared.
But had they responded to the group of 14, if the government “believes it can persist in making his referendum” a Damocles sword over the head of the opposition, “he will find a Togolese people to anger more exacerbated on its way. ”

If finally announced for next week dialogue remains the panacea for ending the crisis, one wonders if the two parties will silence their political agendas and the Togo out of the impasse, in order to enable the country back on the path of economic stability and reassure investors.