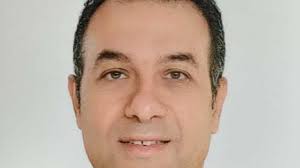 Tamer Adel Seif El-Din has been the Chief Executive Officer and Managing Director of the Arab Investment Bank (aiBANK) since the beginning of January 2022. His appointment comes after the group’s acquisition of 76% of the bank’s capital was finalized. financier EFG Hermes and the Sovereign Fund of Egypt, Egypt’s sovereign wealth fund.

With more than 22 years of experience in the banking sector, Seif El-Din has served in several banks including National Société Générale Bank – sold in 2012 to Qatar National Bank –, Misr International Bank, Union National Bank and the Bank of Alexandria.

As a reminder, the new owners of aiBANK completed its acquisition in November 2021. In detail, EFG Hermes Holding now owns 51% of the bank’s capital, compared to 25% for TSFE Financial Services & Fintech Subfund, a compartment entirely owned by the Sovereign Fund of Egypt, partner of EFG Hermes. The bank also increased its capital to 5 billion EGP (nearly 320 million USD).

“The completion of the acquisition of a majority stake in aiBANK should be seen as another step towards building a business model capable of withstanding the cyclicality of capital markets and increasing the potential for creating synergies. across the platform,” said Karim Awad, CEO of EFG Hermes Holding.