Scandal at Shelter Afrique: The Chairman of Board Ousted (exclusive) 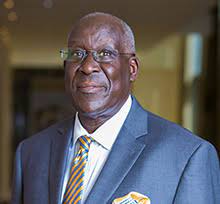 Chronicle of a vessel in distress

First head to roll
Following the revelations of Financial Afrik (Parent company of Kapital Afrik), the chairman of the board of Shelter Afrique, Dr. Steve Mainda, was ousted on December 6, 2021, by a sanction vote of his fellow directors, at the rate of 10 votes to 1.
Then the directors proceeded to a vote to appoint a new chairman of the board in the person of the Ugandan Ephraim Kizaa Bitchetero, representing Africa-RE, one of the institutional shareholders (group B). Note that no press release sanctioned this major decision taken on the sly. The information was not communicated to shareholders, stakeholders and more broadly to the market.
After the ousting of Dr. Steve Mainda and the election of Mr. Bitchetero as new chair, the board now has more leeway to adopt and impose the appropriate measures and in particular the recommendations of the ARF Committee.
Our newspaper article recounting the scandal was based on the findings of the PKF investigation launched following allegations by a whistleblower of fraudulent and unauthorized payments of approximately $ 5 million, multiple managerial, ethical, operational and compliance gross misconducts among others. The PKF report made several recommendations, including that of suspending the managing director and issuing severe censures against three key people within the institution, and not renewing their contracts.
The board of directors, at the instigation of its chairman, decided not to implement the recommendations of the report endorsed by the ARF committee and instead choose to protect the CEO, Mr. Andrew Chimphondah. With the dismissal of the chairman, a dike has caved in around the wall of impunity and the interests of the institution may now be better served.
It is important to remember that the amounts involved, estimated at nearly 5 million US dollars, and confirmed by the PKF investigation, correspond to the combined capital contributions – the “hard-earned’ taxpayer money – of the following 7 countries in fiscal year 2021: Swaziland, Rwanda, Togo, Mali, Uganda, Côte d’Ivoire and Cameroon, some of which have representatives on the board (Togo, Mali and Cameroon who also chair the Bureau of the General Assembly).
These important issues explain our interest in this file. It must be said, the deleterious situation resulting from the whistleblower’s allegations made at the beginning of the year 2021 and their confirmation by the investigation carried out by PKF under the direction of the ARF Committee of the Board of Directors resulted in a paralysis of the pan African financial institution.

Governance failure and existential crisis
It must be said, the deleterious situation resulting from the whistleblower’s allegations has resulted in the paralysis of the pan African financial institution which has evolved into a full-blown existential crisis.
The then chairman, as well as those of certain allies on the board – such as the representatives of Cameroon, Togo, Namibia and Morocco – chose to protect the CEO in contravention of their fiduciary responsibilities to protect the interest of the institution and its shareholders.
Moreover, since the month of June and especially the month of September of 2021, the proceedings of the board had come to a complete stand still when Ms. Celestine Ketcha Courtès, Minister Cameroonian Housing and Urban Development and newly elected chair of the bureau of the general assembly (board of governors), overstepping her prerogatives, in a letter – drafted by the managing director – issued an order to the board of directors, the only body empowered in the matter, to suspend any decision relating to the dismissal of the chairman of the board or to the suspension or dismissal of the managing director and CEO.
Even more serious, through these unilateral and delaying tactics, Dr. Steve Mainda, an independent director co-opted by the board of directors, was able to prevent the directors representing the member states and the institutional shareholders (classes A and B), the real owners of the institution from meeting, deliberating and ensuring their rights and duties prevail.
Furthermore, he has so far blocked the request of some shareholders who, alarmed by the situation prevailing within the institution and seeking to resolve its existential crisis, requested an extraordinary general meeting in accordance with the statutes.
This had resulted in an unprecedented situation, where private interests had wrestled control of an international financial institution from its shareholders: the member states and the institutional shareholders.

An operationnaly crippled institution
In addition to the institutional paralysis and governance failure, the scandal that has engulfed Shelter Afrique over a year now, has led to a dangerously elevated business continuity risk and has crippled the operations of the institution.
Along with gross financial mismanagement, findings of the PKF investigation confirmed aggravated non-compliance, a high degree of nepotism and a climate of terror and fear. The highly toxic corporate culture that has taken root has blunted operations and resulted into a dysfunctional organization unable to design and execute a credible strategy to meet the housing and urban development challenges of the continent.
For example, to date, more than 60% of the staff of the Pan African financial institution are on short-term contracts which are expiring in a few weeks. By placing them in a situation of uncertainty and professional insecurity, the CEO has created a climate that is not conducive to operational efficiency. Critical functions are without staff complement beyond the next short while. This situation represents an unprecedented systemic institutional risk Not surprisingly, this state of affairs has had wide and deep repercussions on the staff morale and that of their respective families. It has destabilized them and affected their ability to operate effectively