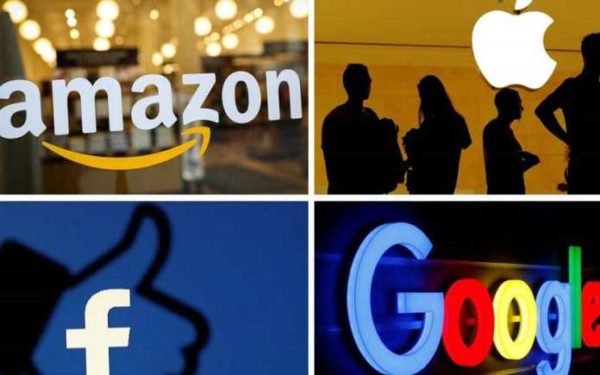 The purpose of a budget policy is to combine macroeconomic stability under the conditions favoring economic growth. Indeed, macroeconomic stabilitý is a necessary but not sufficient condition on its own to guarantee growth. Budget policy decisions must measure their effects both on growth and on the financing of publics expenditures. These expenditures can be financed[1] by loans, monetary creation as well as by fiscal measures. They can be a source of economic deterioration when they are not properly assessed (crowding-out effect[2]).

For many countries, a considerable part of public expenditures will be financed by the imposition[3] of a minimum rate of 15% on multinationals. This universal tax has been adopted[4] at the last G20 summit in 2021 in Italy (Venice). This is an important step forward and shows the coordination of the world’s public authorities on tax transparency. Under the leadership of the US and the EU, this universal tax establishes a minimum tax rate (15%) on large companies (including digital companies) in each country, in order to reduce tax optimization. Specifically, this project [5]aims to redistribute part of the tax revenues of multinational companies from their home country to the market countries where they operate and make profits, whether or not they have a physical presence.

This initiative is profitable for the states that have signed up to it, such as the USA, which has succeeded in uniting a large number of countries around a common standard. This constitutes a strategic victory (commercial and monetary) against the Chinese government in particular. As a reminder, last November, China led the Pacific Rim Regional Comprehensive Economic Partnership (RCEP), which is the largest trade agreement in the world to date in which the US dollar is not used as the currency of exchange. For other countries (Eurozone and Sub-Saharan Africa in this case), this tax is important as it will be used to repay part of the debt incurred during the last economic recession caused by Covid-19.

Considering the contribution and the value of this tax, is it really efficient to satisfy the requirements (expectations) of the Eurozone and Sub-Saharan African countries?

The first factor that could explain the inefficiency of this tax refers to the pattern of monopoly and oligopoly creation within digital companies. These companies do not follow the economic rules of scale returns, and therefore strengthen their dominant position outside the economic and fiscal rules established by public institutions. A first explanation of the monopoly of these companies comes from the work of the English economist Alfred Marshall (1920[6]), who was one of the first to introduce the notion of internal scale returns, which we develop here. For a company, return to scale means lowering its cost of production as it increases its output. For digital companies, it is then simple to have a monopoly in a market, as they only have fixed costs (salaries of IT staff, rent for premises, facilities, subscriptions …). The number of software sales and digital services offered has very little impact on the total cost of production. The more the company increases its sales and services, the more the original fixed costs will be recovered. The average cost tends towards zero when the number of products sold tends towards infinity. These types of models can lead to monopoly, as they allow the firm to gradually take over the whole market. If several companies benefit from economies of scale, then the monopoly would be captured by the first one to arrive on the market. Therefore, legal and fiscal rules, in this case the minimum tax rate proposed at the last G20 summit in Venice (Italy), could not reduce this monopoly. In other words, given their essential role in the economy and their operating structure, there is a need for further reflection on the taxation of digital companies.

In addition to the monopolistic structure of digital companies, the second factor that explains the inefficiency of this tax is a political-economic risk that depends on the consumer. As mentioned above, the structure of digital companies allows them to maintain a dominant position in the relevant markets. However, this position is largely supported by the consumer who implicitly seeks this monopoly. To be more precise in our analysis, we will take the case of Facebook, which thanks to more than 2 billion users, has taken a dominant position in its market. Other than the marketing strategy made by Facebook to increase the number of users, it should be noted that an important part of the concentration of Facebook users is created by the consumer. The user wants to have a single network (concentration) in which it would be easy for him to exchange and express his opinions in such a way as to reach the maximum number of people. The same applies to policy makers, who have the opportunity to communicate a message more quickly and successfully due to the concentration of users on a single social network. It is clear that the monopoly of digital companies is desired by the consumer and the policy maker, and this regardless of any strategy initiated by these companies.

Therefore, any tax reform which does not take this aspect into consideration would be subject to a reduction of customer satisfaction and would be directly confronting the consumer. At the same time, it could weaken the communication skills of policy makers in case of emergency, for example as shown previously. This would lead to a series of political crises during which consumers would express their dissatisfaction by successively seeking (elections) a government able to respond to their expectations on this issue. On the part of policy makers, these political crises could turn into an economic crisis as they would reduce foreign investment.

Given the potential risk of taxing digital businesses and the economic damage this would cause, it seems essential for policy makers to do what has arguably never been done before, including companies in the application of a tax measure compatible with their structure.

As many experts[7] in virology and health point out, covid-19 is only the first of many viruses to come. However, during the health crisis, the role of digital companies has been very important for macroeconomic stability[8] while contributing strongly to the well-being of the population (teleworking, entertainment, sports …).

[3] Note that there is a second Summit in next October (2021) to validate the imposition rate.

An Urgent Appeal to the World

Stock: An Alternative Means of Survival in a Modern World

Walking the Walk: ESG practices should be the core of African Mining

[Tribune] Foreign dominated banking system: How DR Congo can take advantage of it