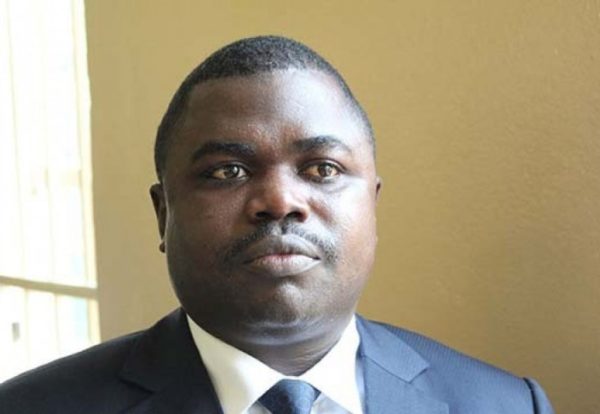 Under arrest since the end of April 2021, the former Togolese Minister of Communication, Djimon Oré, was sentenced on Tuesday, May 18 to 2 years in prison by the courts for insulting the authorities and disseminating false news.

Arrested since April 29 and kept at the Central Service for Research and Criminal Investigations (SCRIC), he was presented to the public prosecutor and to the examining magistrate before being charged with breach of honor, attempted aggravated disturbances to public order and insults towards representatives of public authority. Djimon Oré was then deposited on May 14 in Lomé civil prison.

His arrest followed comments he made on a program broadcast on a local private radio station, as the country commemorated the 61st anniversary of its accession to international sovereignty. “The toll in terms of bloodshed, in terms of Togolese compatriots murdered by France-Africa through the barbaric regime, the oligarchic regime far exceeds the number of those who fell in Rwanda and there is talk of the Rwandan genocide. If we have to make a comparison, this is the record of Togo’s independence from 1963 to the present day. More deaths than the number of the Rwandan genocide ”, he declared.

“We have an occupation army, which is not a people’s army, but which is maintained and paid for by Togolese resources. It’s an army of France-Africa, ”he said. “Our country Togo is a Nazi concentration camp, it is no longer an independent territory”, concluded the former deputy, before calling for “self-determination to regain independence which will pass through opening of the transition period, to save Togo ”.

Appointed Minister of Communication in 2010 as part of a political agreement signed in May of the same year between the party of President Faure Gnassingbé and the Union of Forces of Change (UFC) of the former historic opponent Gilchrist Olympio, whose he was very close, Djimon Oré had left his mentor after his ousting from the government three years later. He is the current leader of the Front des patriotes pour la democratie, a party he created in May 2014, and with which he has led since his opposition.