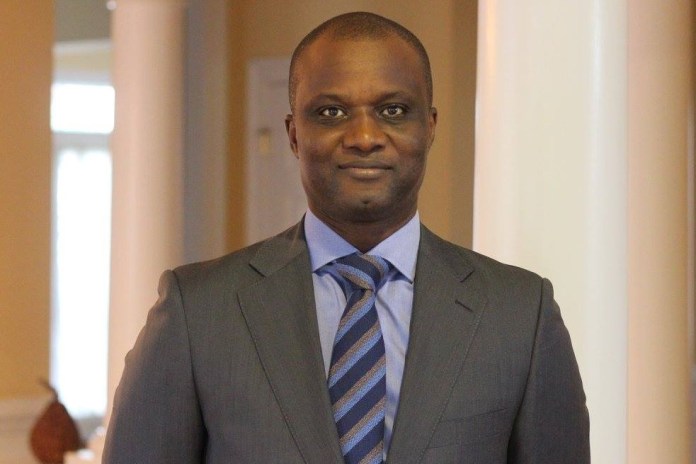 It was perhaps not necessary that we speak about the “Paris Summit on the Financing of African Economies Post Covid” since we have already developed our position on the subject in a series of contributions inaugurated by the one entitled “Consensus of Dakar Not the Choice of African Youth ”. This contribution followed the Dakar Conference on African Debt held in 2019 in the presence of the Managing Director of the IMF. His main thesis was that Africa could be an important locomotive of world growth, but that this locomotive should not be made an objective from the outside financed mainly by debt in foreign currencies and foreign investment facilitated by fixed exchange rate regimes without financial inclusion of the domestic private sector. This consensus could not engage the African youth who aspire to take their destiny in hand. From this point of view, we were saying that we did not need special treatment from the IMF and donors; that we were in phase with the optimal mobilization of local resources, their efficient use, transparency in the rule of law, and an economic environment conducive to the development of the private sector, especially national, aided by more flexible currencies. This is what we have called patriotic liberalism as opposed to socializing internationalized liberalism which aims to share the fruits of growth with Africa while dominating it.

Indeed, the proponents of this “Dakar Consensus”, dormant because of the pandemic, add the marginal effects of the latter on most of our economies to revive their thesis. This consensus can be summed up as follows: “The world has the potential for growth through an underutilized production capacity that demand from Africa could support. To the extent that Africa lacks the necessary financing capacity in its current governance paradigm, advanced countries must help it do so, either directly, or through the IMF and development finance institutions. This would be a complementary modus operandi and in competition with the methods of countries which adhere to state capitalism (China, Russia, Turkey, etc.). To do this, part of the debt of some African countries could be canceled or converted into contributions in projects. In addition, African countries which have debt margins should be allowed to program higher budget deficits and that the financing of these deficits be done at concessional rates to mitigate the risk of external debt distress in foreign currencies “. The argument can be understood and these choices can be exploited but in the orthodoxy of macroeconomic management.

In a series of additional contributions, we spoke out against the cancellation of sustainable debts because we want the gradual refinancing of the current stock of this debt in national currency although it can be financed by non-resident free investors in our sub-regional market. This strategy requires a monetary reform allowing our central bank, as far as WAEMU is concerned, to have objective autonomy over the exchange rate by managing it according to our needs. This flexibility is not synonymous with flexibility externalized by pegging to a basket of euro / dollar / yuan currencies. We developed this thesis in our contribution entitled “Debt Cancellation No, Monetary Sovereignty Yes”. Traditional IMF instruments can help us support such a transition by supporting our foreign exchange reserves as needed in the face of temporary shocks if we adhere to sound macroeconomic and financial management.

From this point of view, we called on President Macky Sall in our contribution entitled “Africa, Marginal Actor Réveil Forcé” not to be the spokesperson for an African recovery through external financing in foreign currency. It is not in the interest of Africa and its youth who aspire to take their destiny in free hand and not in co-construction. The main thesis of this contribution was that the rigid peg of our currency to the euro and the debt in currencies that this would facilitate, would link our fate to that of Europe and France in particular. President Houphouët Boigny had taken this option in 1960 but the need for an exchange rate adjustment which he refused despite the deterioration of the terms of trade in a free international market, meant that his country did not benefited from the liberal option he had taken since he was crumbling under the weight of foreign currency debts. He had the same results as Leopold Sédar Senghor with the failure of his democratic socialism. Two men with opposing ideologies but embarked on the same boat with France by their monetary tie-up could both have succeeded if they were not bound by a monetary union inherited but not chosen.

Whoever had chosen this option for them had as a design a confederation with autonomous territories without monetary autonomy. This meant that their main instruments of adjustment in the face of failure or adverse shocks were austerity and / or debt cancellations from their creditors who were otherwise financing them with their own foreign exchange reserves. Since we did not have access to the Eurobond markets, this role of banker of the holder of their foreign exchange reserves was not inherently bad if the risks of failures were shared. This is perhaps the novelty in a New Deal that would favor public-private projects with shared risks. However, to avoid this scenario of dependence on the outside through modern instruments that would repeat history (exploitation and domination of Africa after the slave trade, colonization and indebtedness), we do not want a New Deal. particularly outside of proven mechanisms for financing viable projects. We urge President Macky to stay in this orthodoxy.

In Senegal, we are again at a crossroads with the Ivory Coast with which we share the same central bank but do not have the same fundamentals and not necessarily the same ideological options. Macroeconomic signals are green in Côte d’Ivoire with public debt around only 40% of GDP following the revaluation of its GDP and a controlled budget deficit that can easily be reduced to the WAEMU convergence criterion of 3% deficit GDP established to promote private sector leadership in our development. It has debt and budget deficit, but cannot finance it on the sub-regional market without crowding out its private sector and the other states of the Union. Senegal, on the other hand, has already used its debt margins after its GDP revaluation in 2015 and its debt is approaching the 70% of GDP it would like not to have to meet. So there is almost no room left. A debt cancellation and its gradual reconstitution would allow it to have the same financing strategy as Côte d’Ivoire which has chosen socializing internationalized liberalism that a fixed parity on the euro will allow it to achieve with external financing in foreign currencies. as a pledge to foreign investors.

This last option should not be that of Senegal and those who are followers of our patriotic liberalism in favor of our very small businesses. This liberalism requires that our companies are financially included in a competitive currency and that our foreign currency debt be reduced whether it is concessional or not. Indeed, an external debt, even concessional at zero interest rate, becomes non-concessional when an exchange rate devaluation becomes necessary due to external shocks that the exchange rate must cushion to support the local economy.

From this last point of view, the special drawing rights of the International Monetary Fund appropriately allocated according to the quotas of the countries and which have their raison d’être should not be lent to African countries without distinction of circumstances and favor their indebtedness. in foreign currencies at even concessional rates. We do not believe that the United States will support such an unjustified approach which would distort the monetary objective of the special drawing rights which are supposed to finance world demand without indebtedness. The IMF is not a development finance institution.

The President of Senegal has spoken in favor of this SDR debt operation on Africa, but it is not in Senegal’s interest. Senegal has sustainable debt, has access to international markets and traditional IMF instruments, and needs monetary autonomy and the leadership of its small businesses, which does not prevent it from seizing opportunities for external investments. If Senegal and Côte d’Ivoire cannot agree on this strategy, they must separate so as not to repeat the story of different ideological options without the accompanying instruments. We must innovate and count on our small and medium-sized businesses and local communities to be financed from within to build the new Post-Covid Africa and we can (see our contribution entitled “Post-Covid Economic Recovery-How?”

From the above, we would therefore like to send a message to the International Monetary Fund where we spent 15 years and had the privilege of being among the main initiators of its methodological guide for the analysis of Medium-Term Debt Strategies in our country. The hypothesis of a capacity to absorb a higher debt in foreign currencies at concessional rates to finance potential growth handicapped by the external financing constraint is deja vu. It has often resulted in excessive deficits and increased fiscal risks even when it comes to public-private partnership projects which often in a context of poverty require financial support from states with limited margins.

We must try the alternative which is the unlocking of Africa’s growth potential by the financial inclusion of its private sector in a competitive national currency in a healthy macroeconomic framework making foreign currency debt the exception and the economic freedom the norm. For foreign currency debt to be the exception, we must strengthen our central banks, and give confidence to foreign investors who would subscribe to our government bonds and bonds in our currency as a result of virtuous management. We developed this thesis in our contribution entitled: “Funding of UEMOA, Post-Covid Proposal”.