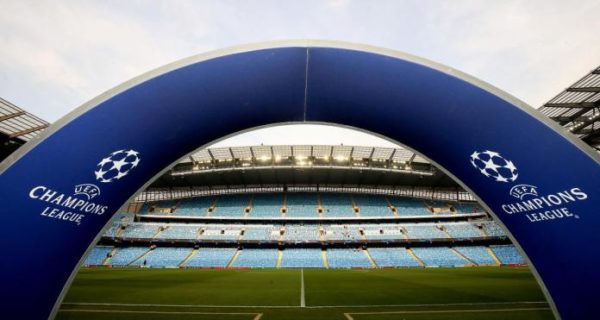 It is a real earthquake that has been operating in recent hours in the world of European and world football. Between the Union of European Football Associations (UEFA) and the big European football clubs, war is declared. Despite repeated warnings from UEFA and warnings from Gianni Infantino, president of FIFA, the supreme body of world football, the elite of the big teams of European club football have decided to disregard and split for create a dissident league called the European Super League to compete with the traditional and historic Champions League (C1) organized each year by UEFA. The big financial stakes in the sights coveted by the big clubs of the top European leagues risk finally causing a shock wave that will weaken UEFA and upset all football competitions at international level with disastrous economic consequences.

These big names of European football who have for the most part written their letters of nobility thanks to the old and historic Champions League, the most beautiful of the competitions which has thrilled since 1955 hundreds of thousands of fans around the world now want to spit in the soup for pecuniary greed. They came to the conclusion that they needed even more profitability and profit, which the C1 did not offer them more or not enough in their eyes. They want more quits, to sacrifice the values ​​of this sport such as sharing, solidarity, humility, etc … They therefore decided this Sunday, April 18, 2021, as was expected, to announce the creation of a European Super league made up of 12 big clubs, either by financial power or by ranking. Each participating club will receive a jackpot of 355 million euros and more for the winner with a membership bonus of 425 million USD according to the New York Times. The Super League will be a closed competition to 20 teams with 2 groups of 10 teams. The top 4 in each group will meet in the quarterfinals. Fifteen (15) permanent clubs and 5 clubs which will have to qualify each year with matches which will take place in the middle of the week. A sort of champions league bis with only big teams that don’t need to play in qualifying matches. They are guaranteed to compete in the competition every year, unlike the C1 where you have to be well positioned in the championship to grab a qualifying place. A concept excluding in fact the participation of the average teams of the championships which make the magic of the C1. Paris Saint Germain (PSGn France) and Bayern Munich (Germany) declined the offer to join the Super League. In short, profitability will now be the only priority. It is as if football has become (officially) some kind of business where only profit counts. Football business has never lived up to its name better than it is now because it is at its peak.

UEFA immediately reacted vigorously by maintaining its threat against any clubs or players who will take part in this Super League project. “Every club and player participating in the Super League will be banned from all UEFA and FIFA competitions, at European or international level,” UEFA announced on Sunday evening. “Players who venture to participate in this super league are subject to a ban on representing a national team (for FIFA and UEFA competitions) while for the clubs concerned, they will simply be banned from European competitions and their national championship ”, specifies a joint press release from UEFA and the football federations of the countries and leagues affected by the split (Premier League, Liga, Serie A). War is declared. The showdown has begun between UEFA and the European club elite.

From the first revelations of the Sunday Times and the New York Times on the club split and the imminent announcement of the creation of the European Super League, UEFA had taken the lead by announcing the forthcoming presentation of its reform project. champions league (C1) in order to invite the actors in a kind of hand extended to the big European teams to sit around the table and discuss in order to find a compromise, while reiterating its threats of exclusion against all the rebellious clubs who would be tempted by the adventure of the Super league. They were obviously not interested. They finally formalized in the evening of this Sunday the creation of the Super League to the general amazement. A sad day for the football world which is in shock and dismay.

If UEFA carries out its threat, it should announce in the coming hours or days the suspension of the Champions League (C1), the Europa League (C3), the two competitions under its responsibility and in which the teams participating. have defected as well as the ban of teams or players affected by membership in the Super league even if these teams are qualified for the last four of its competitions. For the C1 in particular, it is about Real Madrid, Chelsea, Manchester City with a probability of seeing Paris Saint Germain (PSG) win the Champions League on the green carpet. The football world is holding its breath.

A David-like confrontation against Goliath

Will the splinter group of clubs in the Super League be able to stand up to the powerful European football association fully supported by FIFA, its confederations and all federations around the world? Will the players of these clubs concerned risk their international careers with their country to blindly satisfy the voracious greed of a group of club leaders promoting outright football business? Nothing is less sure. Admittedly, UEFA derives its strength partly from the big clubs, but its capacity for nuisance, its influence as well as its control over European football will hardly be called into question even in the face of the financial power of the split clubs because behind UEFA, it is first and foremost the federations, the European states (even if these do not interfere in the management of football, their political support is decisive) and FIFA, which in terms of finance and influence can only fold and fall in line, sit around a table and set conditions in order to reach an agreement to avoid a global football upheaval.

If the Super League project persists, the C1 in its original version will be affected but it will recover more competitive, more open and more beautiful than it has ever been. A football show as we like, open competitions and the opportunity for other unknown European clubs to assert themselves, to write their own history in turn and the thousands of fans of fun football will be there more motivated than ever. to support and vibrate to the rhythm of this historic and legendary competition that is the Champions League.

Maybe we won’t get there and things will get back to normal thanks to the fans of the rebellious clubs, the players and the coaches who will refuse to be associated with a project to destroy football and that they will use all their weight to call their leaders to order.