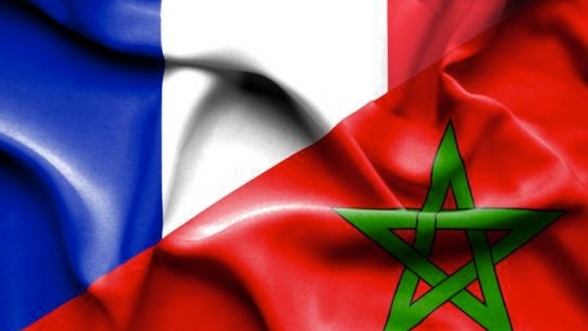 By Khalid Cherkaoui Semmouni, Lecturer at the Faculty of Law in Rabat and at ISIC

In recent days, we have seen a new impetus in Moroccan-French relations. The statement of the French Minister for Europe and Foreign Affairs, Jean Yves Le Drian, last Thursday, during a videoconference interview with his Moroccan counterpart, Mr. Nasser Bourita, about the quality of security cooperation between France and Morocco and the reiteration of his country’s position of support for the Moroccan Autonomy Plan for the Sahara, requires further reading.

No one could doubt the very dense and historical bilateral relations between France and Morocco, despite the lobbing groups in France, such as for example the political parties with nationalist tendencies and the media, and France’s attachment to the positions of the European Union, which have influenced these relations during the last years.

Indeed, security cooperation between the two countries, particularly in the fight against terrorism, played a main role in their rapprochement to give a new soul to the Franco-French dipolmacy and consolidate relations.

However, Franco-Moroccan cooperation in the field of the fight against terrorism has already proved its worth. The French authorities were able to arrest five women, suspected of having wanted to commit terrorist acts, on April 4 in Béziers in the south of France, knowing that the General Directorate of Territorial Surveillance (DGST) in Morocco had provided information. precise and detailed to the General Directorate of Internal Security (DGSI) in France, before arresting the alleged.

It should also be recalled that in November 2015, the services of the DGST played the same role in neutralizing the perpetrators of the Paris attacks, mainly the Belgian-Moroccan Abdelhamid Abaaoud, the alleged organizer of the terrorist acts which have grieved France.

We can say that the anticipatory security approach has enabled Morocco to enjoy worldwide recognition in this area, all the more so, the DGST currently occupies a privileged position within the international community, which has led several countries to establish cooperation with Morocco in the exchange of information and expertise and warn of the terrorist dangers that may threaten these countries.

On the other hand, should it be said that the precious information provided by the services of the DGST of Morocco to its French counterpart to undertake anticipatory actions in order to avoid terrorist attacks have been of service to Moroccan diplomacy?

Indeed, Morocco and France thus wish to deepen their political, economic and cultural relations, as well as their cooperation in the fight against terrorism, knowing that for Morocco, rapprochement with France constitutes a fundamental choice of foreign policy.

In this context, the party of the presidential majority “La République En Marche” (LREM) decided to create its two committees in Dakhla and Agadir as part of the strengthening of the party’s network in the constituency of the Maghreb and Africa of the west.

However, the creation of the LREM committee in Dakhla, located in the provinces of southern Morocco, is very significant from a political point of view, from which we can predict that the moment of opening of a Consulate General by France in the Dakhla town is not far away.

It is certain that the opening of a French Consulate in Dakhla will do “honor” to the depth of relations between Morocco and France, which have heated up even more.

Morocco is a precious strategic ally and an essential partner of France, whether in economic or security terms.