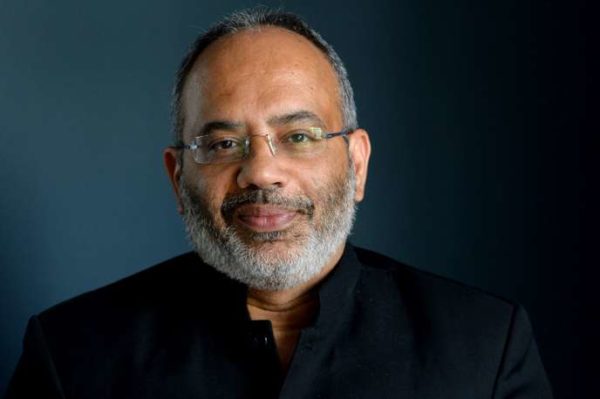 UN Under-Secretary General and Executive Secretary of the United Nations Economic Commission for Africa Carlos Lopes poses in Paris on September 27, 2016. - The expected rise in US interest rates, the negative ones of the ECB or the Brexit are all external events that affect the African economy without having the means to intervene, told TO AFP Carlos Lopes. (Photo by ERIC PIERMONT / AFP)
Share
Facebook Twitter LinkedIn Email

With Africa rocked by multiple crises this year, governments in the region will need to orient their policy responses not only to short-term recovery, but also to long-term sustainability and resilience. Africa simply cannot afford to invest more in the dirty, inefficient and fragile economy of the past.

CAP TOWN – The International Monetary Fund predicts that COVID-19 could set sub-Saharan Africa back by a decade in terms of GDP per capita, which means staging a strong post-crisis recovery will be essential. But African leaders must choose wisely among the policy options available. If the investments made today only pave the way for future environmental and economic crises, the region will end up where it started. Clearly, any viable post-pandemic recovery plan must also be a climate plan. But, to translate these plans into action, we will need renewed cooperation and a shared sense of urgency among all countries.

Africa has come at a critical juncture. How the countries of the region react to the crisis today will determine whether they can withstand the next one. Rather than locking themselves into the dirty and inefficient economies of the past, governments need to start devising plans to “build back better.” In Africa, we can secure a future in which our children breathe freely, our hospitals have clean and reliable electricity, our farmers prosper, and our economies are globally competitive. But a lot will depend on the decisions we make now and in the months to come.

The African energy sector is at the center of this strategic calculation. Clean, modern energy could fuel the region’s economic growth and accelerate the expansion of electricity in rural areas, as renewables have already become competitive with fossil fuels. Over the past decade, the cost of solar PV and onshore wind has fallen by 81% and 46% respectively. In the African context, energy from new renewable installations is already cheaper than energy from coal. And the shift to renewables would allow African countries that currently depend on imported fossil fuels to achieve greater energy independence.

Renewable energy is already the fastest growing source of jobs in several African countries. A recently built concentrated solar installation in Morocco has created over 1,600 jobs per year during construction, and is now expected to maintain some 200 jobs in its first 25 years of operation – not to mention the hundreds of additional jobs that will be indirectly supported . Off-grid forms of renewable energy can also enhance public health. In Kenya, where only 19% of health facilities have reliable electricity, rural clinics are improving their capacity by installing solar panels. Investing more in such practical solutions will pay off both in the midst of the COVID-19 crisis and for decades to come.

On the other hand, misguided energy investments could further destabilize the region’s economies and exacerbate public health problems. Globally, 42% of coal-fired power plants are losing money, and the collapse in oil prices this year has underscored the danger of depending on fossil fuel revenues to boost economic growth. Across sub-Saharan Africa, oil-exporting countries could lose up to $ 65 billion in revenue this year. The use of fossil fuels also poses health problems, particularly due to air pollution, which has increased by 36% in Africa since 1990. According to a 2013 study, air pollution has killed an estimated 250,000 people on the continent this year alone. And more recent research suggests that poor air quality makes people more vulnerable to respiratory infections such as COVID-19.

Public health, environmental and economic health are therefore intersecting issues, which means that African countries will need to build resilience in all sectors – not just energy. In most cases, this can be done by working with nature and investing in green infrastructure. For example, restoring degraded landscapes can support ecosystems, improve rural livelihoods and enhance food security, which has become an urgent concern now that African farmers bear the triple burden of COVID-19, epidemics of locusts and climate change.

Investments aimed at improving the health of rural landscapes would lay the foundations for addressing all of these converging risks. By some estimates, every dollar invested in land restoration can provide up to $ 30 in benefits. Globally, the development of sustainable food and land use systems represents a business opportunity worth up to $ 2.3 trillion and could create 70 million jobs by 2030. Recognizing this potential, Nigerien farmers have restored around five million hectares of land since the early 1990s. But just imagine what investing in green solutions on a much larger scale could do for Africa, where so many young people in rural areas struggle to find opportunities.

Meanwhile, removing fossil fuel subsidies – a source of over $ 400 billion in waste each year – would allow national governments in Africa and elsewhere to free up public resources to fight the pandemic and invest in a green recovery. And with oil prices so low, the usual political risks of doing so are minimal. Seizing the opportunity, Nigeria recently announced it would end its costly gasoline subsidy; and a number of other fossil fuel producing countries are seeking to diversify their economies to avoid dependence on hydrocarbons. As a complementary policy, carbon pricing programs could generate even more revenue. Some 79 countries or subnational governments already have, or will soon have, carbon pricing systems. Covering over 20% of global emissions, these programs generated $ 45 billion in revenue in 2019 alone. A carbon price doesn’t have to be regressive. In South Africa and a growing number of other countries, the system is designed explicitly to benefit the poor.

Of course, green recovery strategies require an initial investment, which raises the question of financing large down payments and capital expenditures. While more than $ 10 trillion is spent to mitigate the blow from COVID-19, most of that amount has been confined to the world’s major economies. Yet when it comes to achieving a full and lasting recovery, all of our destinies are intertwined. Advanced economies must recognize that it is in their own interests to show solidarity with Africa.

If the G20 has agreed to suspend debt repayments for developing countries until the end of the year, that will not be enough. African countries will need at least two years of respite to cope with the lasting effects of the pandemic. Multilateral organizations should explore other forms of support, such as a social protection fund for the developing world.