An Urgent Appeal to the World 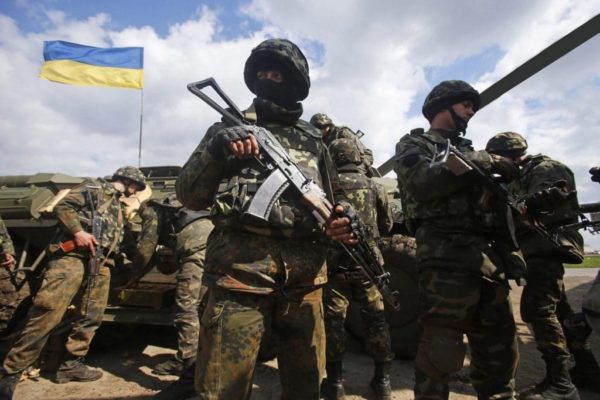 Public Opinion: Stop the war before it is too late!
(appeal open to co-signature, see the end of the appeal).

The war in Ukraine is continuing, unabated for four months now, causing vast destruction of life and property of the people of Ukraine and enormous damage to the global economy affecting the lives of millions of people the world over due to rising prices and energy crisis, and above all steadily increasing global tensions pushing humanity to the brink of a nuclear war.

The Russian military intervention in Ukraine was an evident response to the measures taken by the Kyiv regime and its armed far-right militias against Russians, Russian speaking population and other citizens of Ukraine, to the non-implementation of the Minsk agreements and to the continuous aggressive expansion of the NATO alliance inside the former USSR.

But even if we dismiss altogether the Russian arguments and if we accept fully the US and NATO’s arguments regarding the Ukrainian crisis, the Western response to the Russian intervention by arming Ukraine massively and by imposing unprecedented sanctions against Russia, is totally disproportionate. This policy, while not helping the peoples of Ukraine, is comporting very high risk of nuclear, ecological and socio-economic global disasters.

The prolongation of the Ukrainian conflict is increasing the risk of a nuclear world war by accident, by miscalculation or by provocation and the subsequent annihilation of humanity.

It is clearly impossible to tackle the burning challenges of our time such as climate change, hunger, and other existential threats to humanity in an atmosphere of international hostility. All the gains achieved since the end of the Second World War seem to be at stake today and the level of cooperation among nations and peoples has reached a stunning low at this moment. The continuation of this conflict gets us closer to the point of a collapse of human civilisation as the recent UN report warned us about (GAR2022: Global Assessment Report on Disaster Risk Reduction).

The sanctions and counter-sanctions have already had devastating social and economic effects on the majority of the countries of the world.

By now it is clear that all those measures cannot help Ukraine to win a war impossible to win from its very beginning. They are contributing to the killing and migration of the Ukrainian youth and to the destruction of its country.

This is why we consider of utmost urgency to call for immediate ceasefire and start of negotiations accompanied by the lifting of sanctions and a halt to the arming of Ukraine.

We call on the world’s public opinion, all social movements, intellectuals, trade unions, religious communities and governments to act firmly in this direction and to coordinate their efforts.

There is no more important task for humanity now than to stop our descent into open world war and the collapse of Civilisation!

For Bandung Spirit Collective and Delphi Initiative for the Defence of Democracy
https://bandungspirit.org/ and http://www.defenddemocracy.press/

Co-signed by:
The list of signatories is updated regularly at https://bandungspirit.org/

If you wish to add your signature, please follow this link https://forms.gle/9nR8cXuxiKEKBEDc6

Stock: An Alternative Means of Survival in a Modern World

Walking the Walk: ESG practices should be the core of African Mining

[Tribune] Foreign dominated banking system: How DR Congo can take advantage of it

The Inaugural Conference will finally take place on May 19, 2021