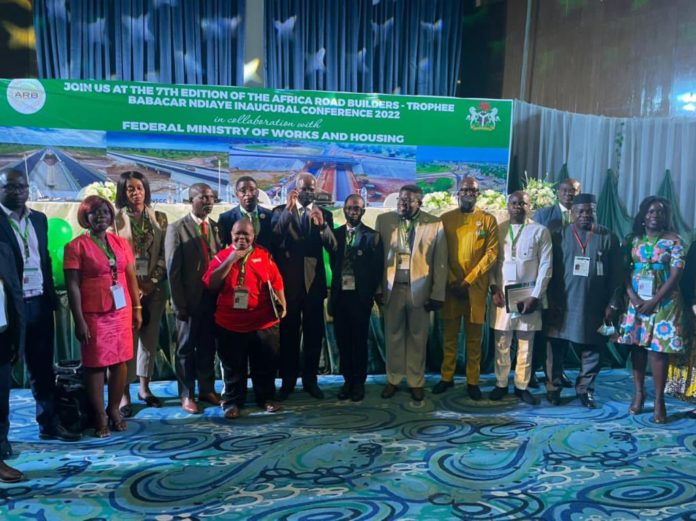 The members of the Selection Committee of The Africa Road Builders – Trophée Babacar NDIAYE met on March 28, 2022 by videoconference, as part of the annual meeting to designate the winner of the Super Prize Great Builder – Trophée Babacar NDIAYE 2022. They met physically on March 31, 2022, in Abuja (Nigeria) on the occasion of the Inaugural Conference 2022, to confirm the result of their work.

The meetings were attended by representatives of several media from all sub-regions of Africa.

The Selection Committee worked on the basis of the 2022 report made by the network Media for Infrastructure and Finance in Africa (MIFA). The Selection Committee also took into account the public reports of international institutions and organizations on roads and transport in Africa, as well as all relevant publications available and consultable in the areas considered. It should be remembered that the central theme of this year’s work is: “Building roads, building economies”.

At the end of the deliberations, the Selection Committee adopted the following:

Her Excellency Mrs. Samia Suluhu Hassan, President of the United Republic of Tanzania, is designated Laureate of the Super Prize Great Builder – Trophée Babacar NDIAYE 2022. First of all, for her personal leadership and for the huge commitments and investments to expand road and rail transport network in Tanzania.

In addition, the Selection Committee noted the support of the Africa Development Bank (AfDB), with an envelope of 290 million dollars, as part of the revitalization of road, rail and air transport in the country.

The Committee also took into account the $172.2 million (398.3 billion Tanzanian shillings) contract awarded on February 8 to the Chinese Corporation Limited (CRRC) for the supply of 1,430 modern freight wagons. The committee thus salutes the efforts of the operator, Tanzania Railways Corporation (TRC). All of Africa has its eyes on Tanzania for the implementation of this ambitious program.

Finally, the Selection Committee followed with interest the official launch of the construction of the historic project of the outer ring road of the city of Dodoma. It was on February 11, in the presence of the Tanzanian President, Samia Suluhu Hassan and Dr. Akinwumi A. Adesina President of the African Development Bank.

The Selection Committee extends its warmest congratulations to President Samia Suluhu Hassan and the people of Tanzania. The presentation of the trophy will take place at the Final Conference of The Africa Road Builders – Trophée Babacar NDIAYE scheduled on the sidelines of the Annual Meetings of the African Development Bank (AfDB).

The Selection Committee invites all African States to increase the level of their efforts in the area of transport development, a major factor in economic development.

The Selection Committee salutes the former winners of the Super Prize Great Builder – Trophée Babacar NDIAYE. He particularly thanks H.E Muhammadu Buhari, President of the Federal Republic of Nigeria for accepting the distinction awarded to him in 2021 and especially for accepting that the Inaugural Conference 2022 be held in Abuja, Nigeria. The Selection Committee also thanks the Minister of Public Works and Housing, His Excellency Hon. Babatunde Fashola, SAN and all the authorities as well as the Nigerian people for their availability and their commitment to the road and transport.

The Selection Committee thanks the AfDB and its President, Dr Akinwumi Adesina, for the continuous efforts in favor of road and transport throughout the continent, and for the Sponsorship granted to The Africa Road Builders – Trophée Babacar NDIAYE.

Finally, the Selection Committee salutes the memory of Dr Babacar NDIAYE, former President of the AfDB, who inspired this event.