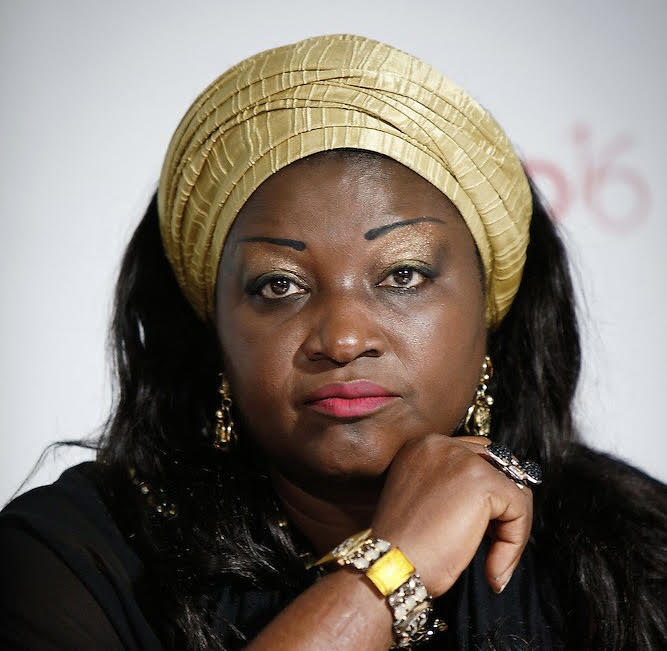 Following our exclusive article announcing the dismissal of the Managing Director of Shelter Afrique, we received, on March 3, 2022, a right of reply from Mrs. Célestine Ketcha Courtès (photo), Minister of Housing and Urban Development of Cameroon in her as President of the Bureau of the General Assembly of Shelter Afrique. We publish the right of reply dated February 23, 2022 in its entirety.

On February 18, 2022 you published an article in your newspaper entitled “The General Manager of Shelter Afrique dismissed”. In it, you allege the support of the Cameroonian Minister of Housing and Urban Development in favor of the General Manager in the following terms:”His only support, the Cameroonian Minister of Housing and Urban Development, Celestine Ketcha Courtès, who referred to the board by mail late at night, undoubtedly alerted by the Cameroonian representative at the board, could not change the course of events and postponed the decision to let go or to maintain him until the general assembly meeting that the main concerned wanted to host in July in his country, Zimbabwe, for a hypothetical diplomatic support.

In accordance with the universally recognized provisions on the right of the press, I intend to exercise my right of reply and ask you to insert the following in the next issue of your paper.

I would like to firmly deny any insinuation that would lead public opinion to believe that our action, as Chairperson of the Bureau of Shelter Afrique General Assembly, would be part of some conflicts of interest or of persons, whereas precisely it has no other purpose than to ensure the stability of this institution and to resolutely lead her towards the accomplishment of its mandate which is to help the African member States in the massive production of decent and affordable housing.

Indeed, elected at helm of the Bureau of the General Assembly held in Yaoundé in June 2021, I have been working on the implementation of the Yaoundé Declaration which marks a decisive paradigm shift in the approach to mass production of housing in Africa, particularly through the establishment of factories. In this regard, I would like to remind you that we have, since October 2021, completed all the necessary steps for the implementation of these factories in Cameroon, the pilot country of this new strategy.

However, it is regrettable that the managerial criss you mentioned, whose roots are prior to my term of office, does not allow Shelter Afrique to mobilize towards the achievement of this strategic objective set by the shareholders.

I therefore had to intervene to avoid that strategic decisions such as successive dismissals of the Board Chair and the GM should be taken by the Board of Directors without any prior advise from the shareholders general meeting Bureau, banks owners, and in accordance with the statutes which provide as follows: (a) All the powers of the company are vested in the General Assembly; (b) the General Assembly may assign to the Board the authority to enforce any of its powers; (c) the General Assembly shall hold full capacity to exercise its authority on any matter delegated to the Board by virtue of paragraph (b) of this article; and of the Board Charter in its article 3 (b): The Chairperson must maintain regular dialog with the President of Bureau (of the General Meeting), ensuring that the Shareholders are effectively informed at all times. My intervention is in line with these relevant provisions of the Articles of Association and the Board Charter.

Prior consultation of the Bureau of the General Assembly would have been all the more opportune as the legal basis and the reasons for the actions taken by the Board are yet to be clarified to the shareholders.

I therefore reiterate that, far from supporting individuals, our action is intended to ensure proper cohesion between the management and the strategic and policy arm of the institution represented by the General Assembly whose Bureau is under my chairmanship. Shelter Afrique is a precious instrument serving the will of African Heads of State to reduce the large deficit in decent housing on the Continent prescribed by the SDGs materialized by the New Urban Agenda. My mandate at the head of General Assembly Bureau will continue to make sure the management of the institution remains focused on the achievement of this vision.