45th anniversary of Fagace: the ceremony of festivities launched in Cotonou 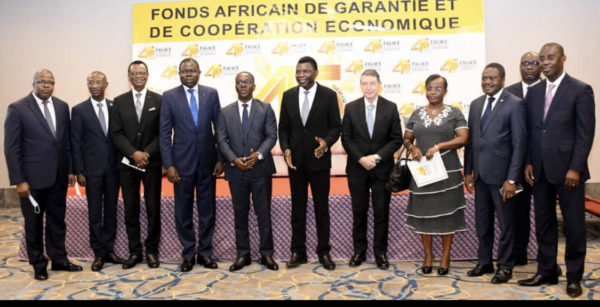 The inaugural act of the celebration of the 45th anniversary of the African Guarantee and Cooperation Fund (Fagace) took place this Thursday, February 24 in Cotonou. It was in the presence of the director general of the institution, the representative of the Beninese Minister of Economy and Finance, partners of the institution and personalities at various levels.

It is, according to the director general, Ngueto Tiraina Yambaye, a ceremony that launches the celebration. In his opening speech, he paid tribute to the founders of Fagace before recalling the chronology of its creation. “The only thing missing in the link of the economic chain is the guarantee fund,” he said in his speech to recall the importance of its existence.

“Today, Fagace is rated AA on the regional and international financial market thanks to its governance and the new strategic plan”, recalled the CEO of Fagace who is particularly delighted with the prowess of the institution.

Placed under the chairmanship of Romuald Wadagni, Minister of State in charge of Economy and Finance of Benin, this launching ceremony brought together actors from the economic and business world to reflect on the theme: “45 years at the service of development in Africa: Challenges and Prospects”. To this end, a high-level panel has been set up and is composed of Ngueto Tiraina Yambaye, CEO of Fagace, Anicet Patrick OKOMA, Managing Director of NSIA BANQUE, Lazare NOULEKOU, Managing Director of ECOBANK-BENIN, and by Joseph DJOGBENOU, President of the Constitutional Court of Benin, Lawyer and specialist in legal guarantee mechanisms.