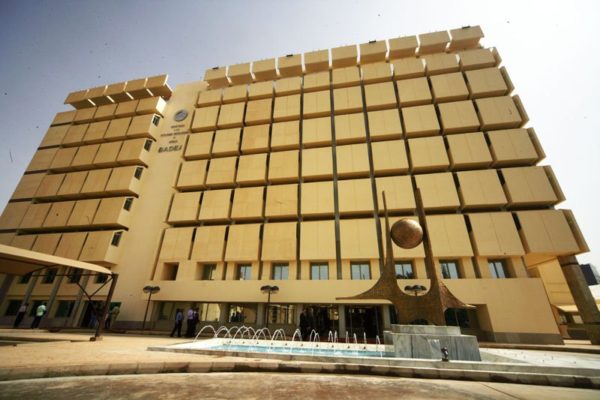 Moody’s Investors Service (“Moody’s”) today assigned the Arab Bank for Economic Development in Africa (BADEA) an Aa2 rating with a positive outlook for its long-term foreign currency borrowings. This extremely high rating coincides with the 48th anniversary of the creation of the Bank by eighteen visionary member countries of the League of Arab States (LAS).

The main objective of the Bank is the strengthening of economic, financial and technical cooperation between the Arab and African regions, and the concretization of Arab-African solidarity on the basis of equality and friendship. Since the start of its operations in 1975, the Bank has financed more than 720 public sector projects and provided more than 850 technical assistance grants in 44 countries in sub-Saharan Africa (“SSA”), countries which often struggle to attract concessional financing.

The Bank has an exceptionally strong governance structure, which only allows it to lend to non-shareholder countries. Furthermore, BADEA serves as a reliable and highly effective catalyst for Arab development funds in Africa, which is essential for the shared prosperity of the two regions.

Despite the perceived high risk in Sub-Saharan Africa where it operates, BADEA has demonstrated impeccable underwriting quality. Indeed, throughout its 48 years of existence, it has never recorded any losses on its loan portfolio. Such a performance is the result of several factors, including the maintenance of deep-rooted relations with the governments of the region. The bank also maintains a strong and liquid investment portfolio supporting an extraordinary liquidity profile.

In addition to the above strengths, Moody’s rating reflects the extraordinary progress made in the bank’s conservative transformation process by the Board of Governors, Board of Directors and Senior Management since the strategic decision to start non-sovereign lending has been taken.

Moody’s also noted that the main strengths underpinning BADEA’s Aa2 rating are (1) a very strong capital position and low leverage (2) an extremely high level of liquid resources supported by prudent management of liquidity and (3) a high level of extra-contractual support from its shareholders. The positive outlook reflects Moody’s view that continued improvement in the performance of BADEA’s assets would likely support a higher rating going forward.

“Today marks a key milestone for BADEA in expanding our development activities in Africa and coincides with the 48th anniversary of our founding,” said HE Dr. Fahad Abdullah Aldossari, Chairman of the Board of Trustees, commenting Moody’s rating announcement. “Sub-Saharan Africa remains underserved in

terms of access to crucial finance – the Bank’s ambition is to leverage our own strong rating and profile, and also to catalyze our partners in the Arab world and elsewhere to better meet the financing needs of borrowers in the sectors public and private in this region. This Aa2 rating, with a positive outlook from Moody’s, puts us in a very strong position to raise funds at very competitive rates and will serve to significantly expand our ability to lend at accessible terms in alternative currencies that are used on the continent. ” he added. H.E. Dr. Sidi Ould Tah, Managing Director, said: “This rating marks the first step in a journey in which BADEA will seek to establish itself as a benchmark issuer in global and regional capital markets. This Aa2 rating recognizes the Bank’s extraordinary capital and liquidity position, while the positive outlook reflects the continued strengthening of our internal capabilities. The team is rightly proud of this exceptional achievement, which would not have been possible without the extraordinary trust and support that we have always received from our shareholders for almost five decades.