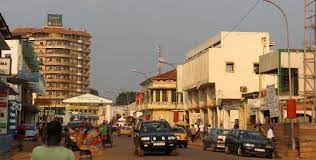 Central Africans will be slightly better paid from the start of this year, following the government’s decision to revalue the guaranteed minimum interprofessional wage on (SMIG) from 18,850 to 29,000 FCFA. This increase of 35% in absolute value constitutes the first revaluation in thirty years. In the process, the guaranteed minimum agricultural wage (SMAG) has also been increased, since it can no longer be less than 1000 FCFA per day.

Despite a difficult economic situation reinforced by the health crisis linked to Covid-19, these increases only partially satisfy the unions who would have liked a 100% revaluation. According to trade unions, galloping inflation and the various socio-political crises that the country is experiencing cannot allow citizens to live decently on these incomes.

The increase in the minimum wage does not concern civil servants and state employees, only workers in the private sector. The unions are currently negotiating a 40% increase in civil service wages, with the government due to respond by the second half of 2022.

With Covid-19 and heightened insecurity, it is estimated that the Central African Republic could lose four years of per capita income growth, with estimates showing that GDP per capita is expected to remain at the same level in 2023 as it is in 2019.

According to the African Development Bank (AfDB), the growth of the country’s real gross domestic product (GDP) should be 3.3% in 2021 and 5.1% in 2022. A rebound in growth that would come from the completion of energy projects and resumption of agricultural and mining activities. Inflation is expected to remain at 2.7% over the next two years, that is, below the 3% norm of the Central African Economic and Monetary Community (CEMAC).