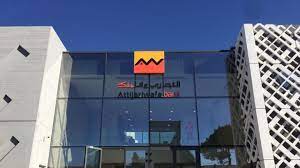 As part of its ambition to become a world leader in the production of green hydrogen and by pursuing its capacity building and continuing training program, the Ministry of Petroleum, Mines and Energy (MSME) is organizing, in collaboration with its partner the company Chariot, on 22, 23 and 24 November 2021 in Nouakchott, a training course to strengthen the expertise of its staff in green hydrogen.

This training, considered a first in the country or even in the sub-region, is provided by IFP Training, a subsidiary of the Institut Français du Pétrole Energie Nouvelles (IFPEN), the leading French research and training center, and covers the role of green hydrogen in the energy transition, the hydrogen economy, and the development of large-scale power-to-X projects.

In his opening speech, Mr. Abdessalam Ould Mohamed Saleh, Minister of Petroleum, Mines and Energy reviewed the department’s efforts to build the capacity of its staff, noting that the center that houses this training is specifically designed for training, transfer of expertise and capacity building of the Mauritanian human framework.

He underlined the importance of the department’s partnership with the company Chariot, a leading international energy group and leader in the field of energy transition, “with which our country has signed a memorandum of understanding for NOUR, a production project of 10 gigawatts of green hydrogen and which has already effectively contributed to the financing of precious educational equipment for the Ecole Supérieure Polytechnique ”underlined the Minister while expressing his thanks for Chariot.

The beneficiaries of this training are officials from the MPME, the Ministry of the Environment, the University of Nouakchott, the Ecole Supérieure Polytechnique, the Mauritanian company SMH and Mauritanian doctoral students enrolled in foreign universities and preparing a doctorate. in the field of hydrogen production.

The training is part of a series of sessions and workshops aimed at building the capacities of Mauritanian executives in the long term and promoting the transfer of technology and know-how in the field of green hydrogen.

About Nour Project
The Mauritanian government, through the Ministry of Petroleum, Mines and Energy and Chariot, recently signed a memorandum of understanding to advance a potential development of green hydrogen, referred to as “Nour Project”, d ” a maximum power of 10 GW.