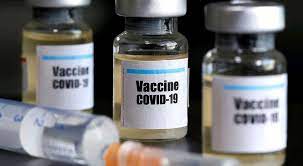 Rwandan Prime Minister Edouard Ngirente announced on Tuesday that his country is in the final stages of manufacturing vaccines. A news that delighted the hall of the Durban International Convention Center, in KwaZulu-Natal, South Africa, where the second edition of the Intra-African Trade Fair (IATF) is being held.

At the end of October, the German laboratory BioNTech announced that it will begin in mid-2022, the construction of production sites for messenger RNA vaccines in Senegal and Rwanda. This, after a commitment made at the end of August between the stakeholders during a meeting in Berlin.

The Rwandan site is designed to be the first of a robust and decentralized production network in Africa, offering a production capacity of several hundred million doses of mRNA vaccines, according to a company statement. And to specify that production will not be limited to anti-Covid serum, but also, in the long term, to vaccines against malaria and tuberculosis based on the same technology.

As a reminder, Algeria launched, at the end of September, the production of the “CoronaVac” of Sinovac. The Chinese group has also entered into a partnership with the Egyptian pharmaceutical group Vacsera, which began production in June. In addition, the first Johnson & Johnson vaccines produced in South Africa by the pharmaceutical group Aspen were delivered last July.