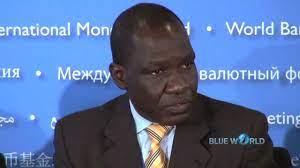 Cameroon, whose objective is to become an emerging economy by 2035, launched a few months ago, the National Development Strategy (SND 30) for the period 2020 and 2030. The achievement of this vast program generally requires a financing of more than 37,500 billion FCFA ($ 66 billion) according to the Ministry of the Economy, Planning and Regional Development, which does not rule out the possibility of making adjustments.

Before the implementation of this development plan, one of the most difficult equations to resolve is the mobilization of financing in a difficult economic context since the revival of activity remains timid, consequence of the harmful effects of the health crisis linked to the coronavirus which caused economic growth to fall to 0.7% in 2020 against 3.7% in 2019. In addition, projections of a resumption of growth up to 3.4% in 2021 remain uncertain despite an upturn in commodity exports. During the current parliamentary session devoted to the examination and adoption of the 2022 finance law which is balanced in revenue and expenditure at the sum of 5 762.4 billion FCFA (10 billion dollars), the The government has indicated that there will be no new fiscal measures so as not to suffocate the production tool, and also assured that it has developed a strategy to make it possible to mobilize the expected resources.

“The major reforms and initiatives of SND 30 are planned to be financed from several sources of financing, in particular the State budget, the budgets of decentralized territorial communities, the resources of the TFPs (technical and financial partners) as well as funding. private individuals including those in the diaspora. Public resources must be supplemented sufficiently and to a large extent by resources coming from the private sector in order to create the leverage effect requested by the government in terms of resources beyond public debt, beyond the limit. sovereign indebtedness which also has its strengths, but also its limits in the propensity to mobilize resources ”, confided the Minister of Economy, Planning and Territorial Development Alamine Ousmane Mey (photo).

In other words, the financing of the SND 30 plan will be provided largely by private funds, the role of the State consisting essentially of channeling these actions through the realization of feasibility studies, economic profitability and maturity in order to make these attractive plans for investors.