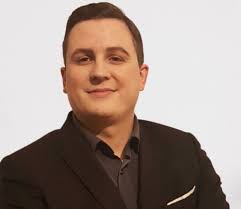 The Congolese mining sector is full of business opportunities that are no longer unsuspected. The nerve center of the national economy, the mining industry is the strategic focus of public policies and national growth projections. State and institutional investors are joining forces to take advantage of this high added value market.

It is interesting to recall that the Democratic Republic of Congo is the leading cobalt producing country in the world and is home to more than 50% of the planet’s reserves, mainly located in the provinces of Haut-Katanga and Lualaba.

According to researchers from the US Geological Survey, the main producers of cobalt in 2019 are the Democratic Republic of Congo, Russia, Australia, the Philippines, Cuba and Madagascar.

As a reminder, the cobalt extraction sector in the DRC was particularly affected in 2010. Indeed, on July 15, 2010, John Prendergast, special advisor at the US Department of State and director of the African affairs office at the National Council security under the Clinton era, had prepared two legislative proposals, namely: The Congo Conflict Minerals Act and The Conflict Minerals Trade Act.

To respond to the various criticisms, accusing them of financing the civil war in the Democratic Republic of Congo, Apple, Celestica, Cisco and IBM, grouped together in the citizen coalition of the electronics industry, launched the Conflict-Free Smelter on December 10, 2010 in having an independent body certify that the ore purchased by these companies does not directly or indirectly contribute to border disputes.

Eight years after these laws, on March 9, 2018, the former President of the Democratic Republic of Congo (DRC), Joseph Kabila, promulgated the new Mining Code imposing better transparency and good governance of the cobalt sector, as well as on taking into account social and environmental responsibility (CSR). By CSR we mean the fight against child labor, the responsibility to respect human rights, the elimination of all forms of discrimination, etc.

In many ways, the different governments of the Democratic Republic of Congo have made compliance a priority. And by transposition, the Congolese mining sector would gain from being taken over by expert compliance firms, specializing in bringing operating companies into compliance with national and international legal, economic and financial standards. The book is simple: bring back to the mining industry solutions that have been widely tested and mastered among banking operators.

It should be noted that compliance is a remarkably effective tool for preventing the risk of corruption and irregularities within extractive companies, to which it guarantees a solution to the lack of visibility and funding in the capital market. With its audit and financial analysis mechanisms, it secures and controls operational processes ranging from extraction to marketing with security, reliability and traceability. With its financial and accounting mechanisms, it brings the management of mining companies closer to the capital markets by accommodating accounting documents, financial information to the standards of financial centers and investment companies. Public authorities and local operators would benefit from promoting this solution in order in particular to capitalize on the efforts made over the years to attract investors in this very buoyant market.