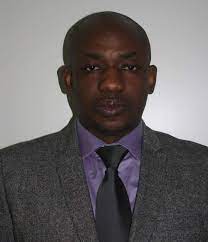 The name of the new Minister of the Economy, Finance and Planning, of the Guinean transition that began on September 5, was unveiled on the night of Friday October 29 to Saturday October 30. This is Lanciné Condé, special advisor to GIZ, the German development agency.

The roadmap of the new treasurer will be unveiled at the beginning of the week by the junta, thanks to his official assumption of office. He replaces Mamadi Camara of the ousted Alpha Condé regime in this post.

Moussa Cissé, former legal adviser to the Ministry of the Economy and Finance, is for his part appointed by Colonel Mamadi Doumbouya, Minister of the Budget, a post previously held by Ismaël Dioubaté, of the deposed regime which was dislodged manually from his residence at the beginning of October by the junta.

Guinea’s medium-term GDP growth is expected to reach 5.6% in 2021 and 5.1% in 2022, according to AfDB projections. This is thanks to a large energy supply from the new 450 megawatt Souapiti dam, as well as new mining projects and increased infrastructure spending.