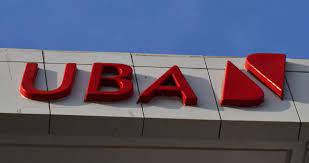 United Bank for Africa (UBA) on Monday, October 25, released its audited quarterly financial results for the quarter ended September 30, 2021. The Lagos, Nigeria-based bank posted a jump in profits during the reporting period.

In addition, UBA continued to maintain a strong balance sheet, with total assets of 8300 billion naira (20 billion USD), an increase of 8% from the 7.7 trillion naira (19 billion USD) recorded at the end of December 2020.

Commenting on the results, Group Managing Director / CEO, UBA Plc, Kennedy Uzoka, said, “Once again, the bank has shown resilience and remained strong on its fundamentals. It has also respected its commitment to shareholders, stakeholders and the public ”.

In its outlook, the bank ranked among the first in Africa said it will continue to invest in digital businesses following lessons learned from the Covid-19 pandemic.

Note that the health crisis has enabled UBA to optimize its digital banking offers, which has borne fruit, as evidenced by the 50.4% growth to 41.9 billion naira (102 million USD) in revenues from electronic banking.

Nigeria: 90% of the population will adopt the e-naira (IMF)

Nigeria: the e-Naira or the merit of monetary and financial innovation