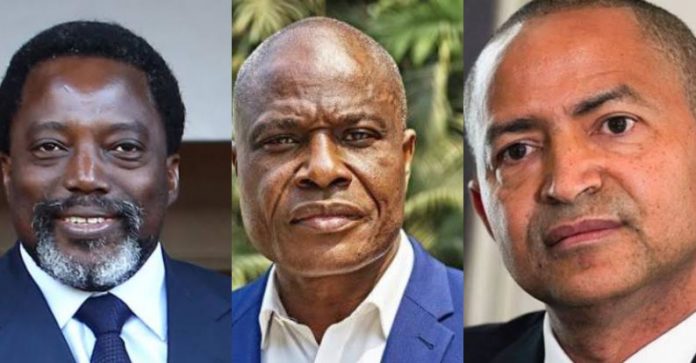 In the Democratic Republic of the Congo (DRC), the appointment of a president at the head of the Independent National Electoral Commission (CENI), and of a team confirmed on October 22, 2021 by President Félix Tshisekedi, has enough to unite his opponents, – and even an ally – against him.

Denis Kadima. This is the name announced on the evening of October 22 by President Félix Tshisekedi via an ordinance published after a televised message to the Nation, thus confirming the choice made a few days earlier by the National Assembly despite divergent opinions, including those of the Catholic Church and Protestants united within the Church of Christ in Congo (ECC). At the basis of an outcry from the political class and civil society in the country, Denis Kadima and the head of state – of which he is a close friend – have become the target of several political parties, citizen movements and lay people, united by mutual agreement, expressing their disapproval against the new leadership of the CENI. This, in a statement released on Sunday.

“From this October 24, 2021, major citizen actions will be organized across the entire country to demand the independence, depoliticization and non-instrumentation of the CENI for credible, free, transparent, inclusive and appeased. Noting that the manipulated and badly organized elections constitute the main source of instability, illegitimacy and underdevelopment of our country, considering that the process of reforms of the CENI and the replacement of its members has been marred by corruption, violation of laws, absence of consensus and manipulation by the current power, in the best interest of the Nation and to save the achievements of democracy despite our differences, (we) decide to join forces in order to obtain by all legal means, the consensual adoption of an organic law on the CENI and an electoral law for the organization of credible, free, transparent, inclusive and peaceful elections in 2023 ”, they state in a statement signed by Devos Kitoko (Ecide of the opponent Martin Fayulu), Papy Mbaki (Together for the Change of Moïse Katumbi), Marie Ange Mushobekwa and Félix Kabange Numbi (FCC of Joseph Kabila), Blanchard Mongomba (New momentum of Muzito), the Calcc, Milapro, Jeunesse catholique, the Décideurs, the Dysoc of Lisanga Bonganga and the CLC.

In addition, former President Joseph Kabila, leader of the People’s Party for Reconstruction and Democracy (PPRD), announced, through the voice of the Permanent Secretary, Emmanuel Shadary, that his platform FCC (Front Commun pour le Congo ) is “no longer a stakeholder in this process which has no consensus in the choice of facilitators by component and, overall, for all components”.

Until then an ally of the Head of State within the framework of the Sacred Union of the Nation, Moïse Katumbi also stands out in the ranks of the protesters. “We reject the case of poaching people from political parties. This is not the policy we are looking for. All of us, our love is the DRC. We are looking for consensus. If the people remained calm with love, it was to allow the country to move forward. I ask you to be vigilant and open your eyes because we need consensus. The consensus is for peace to continue in the country, “said the former governor of Katanga on October 21, 2021, at a meeting held in Lubumbashi, the capital of Haut-Katanga.

For his part, the leader of the Lamuka political platform, Martin Fayulu Madidi, said to denounce, in the appointment of Denis Kadima to the leadership of the CENI, “the same methods used by the authorities for the establishment of the members of the Court. constitutional, to orchestrate electoral fraud in 2023 ”.

“Rather than following the voice of the people, Mr. Mboso (President of the National Assembly, Editor’s note) recklessly decided to challenge all the Congolese people by making cavalier and theatrical endorsement of an incomplete list of CENI members with his head Mr. Denis Kadima, a close friend of Mr. Félix Tshisekedi, ”he told the press on October 19, 2021 in Kinshasa.

On Friday, President Félix Tshisekedi said that “competitive democracy (…) has its rules which means that we have winners and losers”.

“This is the opportunity to congratulate the president of the National Assembly for giving several occasions to the religious denominations members of the platform to come together in order to reach a compromise, in the absence of a consensus. Our country has resolutely opted for competitive democracy. This has its rules that we have winners and losers. We cannot, after having chosen the competition and the rules which are related to it, to avoid it. Our differences, far from being weaknesses, are rather illustrations of our democratic vitality, “he said.

In his speech, the head of state had “strongly” urged the new members of the CENI “to work for the organization of free, democratic and transparent elections within the constitutional deadlines”. He appointed 12 out of 15 vacancies.