CEMAC: more than 26 billion USD in payments made electronically in 2020 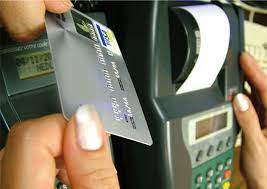 Electronic payments and transactions, over the past five years, have remained on an evolving curve in the countries of the Central African Economic and Monetary Community (CEMAC). In its report on electronic money payment services for the year 2020 that Financial Afrik was able to consult, the Bank of Central African States (BEAC) reports on growing activity both on the volume of payments , than on the number of electronic transactions.

The interoperability promoted for several years by the Interbank Monetic Group of Central Africa (GIMAC) has also favored this popularization of electronic payments to which must be added transfers abroad. In addition, the indicators note a positive development in all the countries of the sub-region, with the exception of Chad, which has experienced a decline in transactions of 19.22% over the past two years.

Main economy of the CEMAC with more than 40% of the Community GDP (Gross Domestic Product), Cameroon consolidates its leadership in this segment with 73.13% of overall transactions, followed by Gabon 16, 69% and Congo 9.25% . These three countries account for 99.07% of the number and 98.84% of the value of transactions carried out in CEMAC in 2020. While we observe a take-off of electronic money activity in the Central African Republic, in Equatorial Guinea on the other hand, activity is still timid.

It should be noted that the exercise of issuing and managing electronic money is governed by Regulation No. 03/16 / CEMAC / UMAC / CM of the Council of Minister of the Central African Monetary Union (UMAC) of December 21, 2016 relating to payment systems, means and incidents and Regulation No. 04/18 / CEMAC / UMAC / CM / COBAC of December 21, 2018 of UMAC and the Central African Banking Commission (COBAC) relating to payment services in the CEMAC zone. In force since January 1, 2019, the latter repeals all previous provisions related to this activity as well as the role of regulatory authorities.