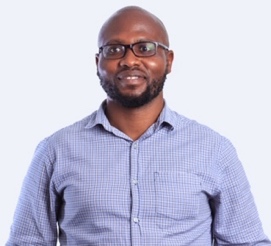 Support from Biden’s J&J vaccine donation
President Joe Biden’s commitment to donate a further 17 million doses of the Johnson & Johnson Covid-19 vaccine to the African Union, adding to the 50 million the US had previously sent, capped a useful visit by Kenyan President Uhuru Kenyatta. While such numbers are dwarfed by the billions still needed, this additional batch will help support African countries with lower vaccine penetration and in turn assist in mitigating some of the economic impacts of the pandemic. We are also watching closely amid signs that the Biden Administration is keen to ramp up engagement with African nations to boost trade.

Naira to hold firm as FX liquidity improves
The Naira held steady on the unofficial market this week, trading at 572 to the dollar. Nigerian Central Bank Governor Godwin Emefiele told investors at a meeting in New York that the country’s new Dangote refinery—which is slated to begin operations early next year—will save Nigeria up to 30% of FX spend on petroleum imports. FX reserves increased to $39.8bn last week from $38.4bn the previous week, according to the central bank’s 30-day moving average benchmark. Meantime, Nigeria’s excess crude account balance has continued to deplete, standing at $60m this month from $70m in February 2020. That marks a roughly 98% fall since the account was set up in 2014. Balancing such factors, we expect the Naira to remain stable at around 570 in the coming days given decent FX liquidity available to commercial banks. 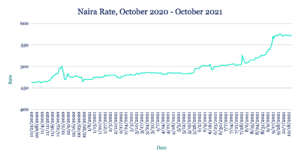 Cedi pressure poised to ease
The Cedi depreciated against the dollar this week, trading at 6.08 compared to 6.07 at last Friday’s close amid increased FX demand from investors repatriating bond maturity proceeds. Ghana’s central bank continues to intervene in the market via its forward FX auctions, this week selling a total of $125m. Also this week, the head of fintech and innovation at the Bank of Ghana, Kwame Oppong, said the yet-to-be-launched e-Cedi digital currency will be designed to work offline through the use of smart cards in an effort to boost financial inclusion for people without a bank account. We expect the pressure on the Cedi to ease in the coming days.

High commodity prices to sustain Rand gains
The Rand strengthened against the dollar this week, appreciating to 14.42 from 14.60 at last week’s close after iffy US manufacturing data piled pressure on the greenback. Firmer commodity prices, upbeat emerging market risk sentiment and rising foreign FX inflows into South Africa’s bond markets also supported the Rand. In light of the above, we project sustained gains against the dollar in the coming week.

Pound steady as Egypt outlines debt strategy
The Pound was broadly flat against the dollar this week, trading at 15.66/15.77. Egypt’s Finance Minister Mohamed Maait said the government is targeting growth of 5.4% for the 2021/22 fiscal year and aiming to reduce the total deficit to 6.7% from around 7.4% last year. Maait said the government will also seek to sustain the downward path of the country’s debt-to-GDP ratio by implementing a public debt management strategy based on diversifying sources of financing and issuing bonds. We expect to see a stable Pound over the coming seven days. 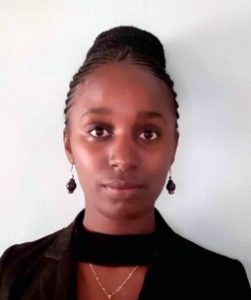 Kenya’s energy-tourism mismatch drags Shilling lower
The Shilling’s woes against the dollar deepened this week, trading at 111.15/111.45 compared to 110.85/111.15 at the end of last week as importer demand for the greenback in the energy and merchandise sectors outweighed FX supply. Kenya’s central bank has been helping prevent a sharper decline, with foreign currency reserves falling to $9.3bn from $9.4bn at the previous week’s reading. Much of the current supply imbalance comes as the country’s economy reopens gradually, with demand for dollars ramping up while inflows from sectors such as tourism remain subdued from the effects of the pandemic. That mismatch is likely to persist, so we expect the pressure on the Shilling to continue in the near term.

Ugandan Shilling pressure unlikely to ease
The Shilling depreciated further this week, trading at 3620/3630 to the dollar from 3590/3600 at last week’s close amid increased importer demand for FX. The Bank of Uganda this week held its main interest rate at 6.5% while projecting the economy will expand between 3.5% and 3.8% in the 2021/22 financial year and 5.5% and 6% in the following year, lower than previously forecast given the uncertainty caused by the coronavirus pandemic. We expect pressure on the Shilling to continue in the coming week due to increased dollar demand from importers and corporates.

Tanzanian Shilling outlook bolstered by tourism stimulus
The Shilling was stronger against the dollar this week, appreciating to 2295/2305 from 2300/2310 at last week’s close, boosted by higher inflows into the economy from the agricultural sector. The Tanzanian government is seeking to revive the country’s tourism sector, with President Samia Suluhu Hassan this week announcing a TZS90.2bn stimulus package to support the industry, which had been dampened by the pandemic. We expect the Shilling to remain stable due to inflows from investors and agricultural commodities such as coffee and cashew nuts.