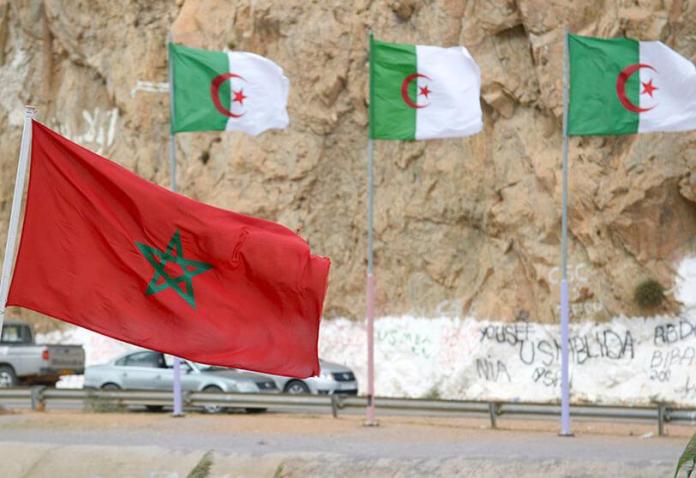 This has been in effect since August 24, 2021, the breakdown of diplomatic relations between Algeria and Morocco. The announcement made by Algerian Foreign Minister Ramtane Lamamra at a press conference comes after months of latent and noisy tensions between the two neighboring countries. A decision according to Algiers which would be justified by “hostile actions” of Rabat which led “Algeria to decide to sever diplomatic relations with the Kingdom of Morocco from this day”, indicated the head of diplomacy Algerian.

Even if for some observers, the differences between the two states did not foresee the “escalation” which we are witnessing, the fact remains that Morocco’s reaction was not long in coming, Rabat regretting a decision “completely unjustified ”all the more so as“ the fallacious, even absurd, pretexts which underlie it ”would have no basis. Algeria accuses Morocco of having supported “terrorists” behind the fires that are ravaging Kabylia and who are campaigning for self-determination in this region.

However, for those who follow the political news between the two countries, there is no doubt that the problem of Western Sahara is its epicenter. Algeria has never hidden its support for “independence for the Sahrawi Arab Democratic Republic”, especially since most of the leaders of the Polisario Front live in Algeria where they benefit from multifaceted support for their cause. that the Moroccan authorities are far from accepting, affirming that this territory is an integral part of the Shereefian kingdom despite the defects born of Western imperialism.

Morocco leaves the OAU and re-enters the AU

For these reasons and many others, the Algerian authorities have publicly affirmed that “history has shown that the Kingdom of Morocco has never ceased to carry out hostile actions against the Algeria at the origin of the responsibility for repeated crises, which have worsened, provoke conflict instead of integration throughout the Maghreb ”. In this relationship of the kind “I love you, me neither”, the tension rose a notch last week when, under the pretext of the events in Kabylia, the high security council chaired by Algerian President Abdelmadjid Tebboune, did not not failed to indicate that a reflection will be carried out to define future relations with Morocco. Another way of saying that at the end of this meeting, the Algerian authorities had already made their decision and were only waiting for the right moment to formalize it. Which has been done since yesterday. Already in 1976, Morocco had decided to sever diplomatic relations with Algeria to protest against the recognition of the Sahrawi Arab Democratic Republic of the Polisario Front. A protest which had also pushed King Hassan II and Morocco to leave the Organization of African Unity (OAU) before Morocco’s reintegration into the African Union (AU) in 2018 under the leadership of Mohammed VI after about thirty years of absence.

With borders closed and despite steps taken by the King of Mohammed VI for their reopening, nothing could change since in reality, Algeria and Morocco have been waging a cold war for ages and whose cessation of hostilities is certainly not for tomorrow. Since the United States gave its support to the Shereefian kingdom on the “Saharaouinity” of Morocco, the Algerian neighbor has blamed the blow, since it is a strong ally who has joined the “enemy” camp. Since then, Algiers has been accused of doing everything possible to promote the cause of “independence” for Western Sahara, while Morocco is responsible for the administration of this territory at more than 80%. In other words, the decision to sever relations comes as no surprise to many observers who currently fear a cycle of expertly orchestrated violence.

According to sources, although officially “the Algerian and Moroccan peoples are not affected by this war”, and are trying as best they can to live normally, Algeria has announced an “intensification of security controls at the western borders” , closed since 1994. There is no doubt that this hegemonic war between Morocco and Algeria has heavy economic, political, social and security consequences not only for the two countries, but also for the Maghreb and the whole of the African continent.