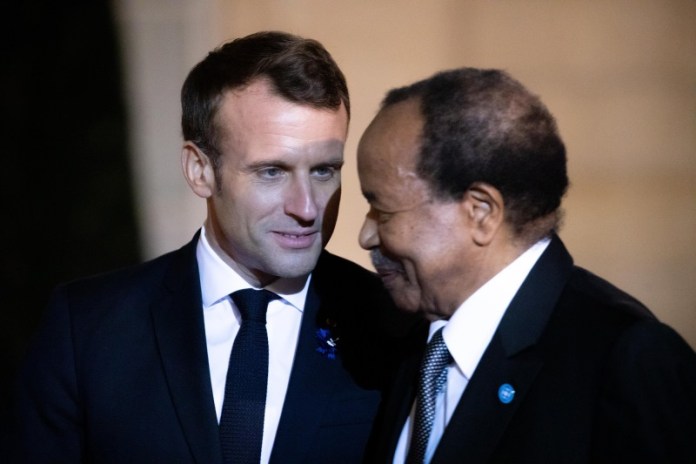 The extraordinary summit of heads of state of the Economic and Monetary Community of Central Africa (CEMAC) on August 18, 2021 mainly devoted to “the evolution of the macroeconomic situation in the CEMAC zone in the context of the Covid-19 pandemic and the analysis of recovery measures ”also addressed other subjects of common interest, including the future of monetary cooperation with France.

Apart from the closed session of the Heads of State, the said summit held by videoconference was marked by the participation of development partners in particular the World Bank (WB), the International Monetary Fund (IMF), the African Development Bank (ADB) and France. Regarding France linked to fifteen African countries by monetary cooperation agreements “which constitute a mechanism of solidarity unique in the world”, the leaders of the sub-region “reiterated their orientations to the CEMAC Commission and the BEAC ( Central Bank of CEMAC States) in relation to the open reflection on the framework and conditions of a new monetary cooperation with France ”.

This fourteenth point on the twenty recommendations that sanctioned the said meeting is far from being an insignificant fact, in the sense that it fundamentally participates in the reform of monetary relations with France, of which many analysts and Africans are campaigning for the outright termination of these agreements which sound like an anachronism. In addition to maintaining the dependence of these countries vis-à-vis France, this situation indirectly hinders their development.

According to sources familiar with the matter, revisiting monetary cooperation between CEMAC countries and France requires at least two paradigms. The first would be to get France to step down from the board of directors of the Bank of Central African States (BEAC). This having for consequence, among other things, the freedom for the monetary issuing institution of Central Africa to mint its currency freely wherever it wants, and to abandon the diktat imposed by France – secret agreements – including the The printer François-Charles Oberthur (FCO) holds the exclusive rights to manufacture the silver circulated in the sub-region, where this family business under French rights makes substantial profits that can allow it to cover several years of activity . The second paradigm hotly debated in public opinion is the withdrawal of CEMAC countries from the CFA Franc Zone and the freedom for them to mint their own currency. A more radical posture than that of the West African Economic and Monetary Union (UEMOA), whose community currency is becoming the ECO, observers argue, would under current conditions be no more than a simple name change in relation to the Franc CFA (African Financial Community).

Cancellation of the Biya-Macron meeting

The monetary cooperation mechanisms between France concerning CEMAC are based on four fundamental principles: the guarantee of convertibility, fixed parities, free transferability and the centralization of foreign exchange reserves remove all monetary sovereignty from these States. However, in the spirit and the letter of the expected changes, the leaders of the CEMAC seem more and more to espouse the posture of Idriss Déby Itno, the former Chadian president who hid little, the ambition which he nourished. for Central Africa to free itself from monetary and economic dependence on France. More than sixty years after African independence, it appears that beyond the governance problems that constitute the soft underbelly of West and Central African countries, having their own currency was an undeniable asset. on the way to emergence.

The recommendation of the Heads of State of Central Africa to review monetary cooperation with France reinforces the position of the President of the CEMAC Commission, Daniel Ona Ondo, who aptly confided that “our friends from UMOA have taken the decision to create the ECO. But naturally the ECO echoes in Central Africa. We are negotiating. So this file is in progress ”. It remains to be seen whether CEMAC will have the courage to discuss on an equal footing with France, because beyond an official speech tending to show that it does not cling to this rogue agreement and that it is coming back it is up to the Africans to decide, but France is doing everything possible to ensure that the status quo is maintained.

According to our information, France would take a dim view of the “expansionist inclinations” of African countries to leave the Franc zone to create their own currency. Before the last extraordinary summit of CEMAC heads of state, the leaders of the sub-region gave a clear mandate to President Paul Biya, its current president, to take all the necessary initiatives to promote monetary reforms. In this wake, the Cameroonian head of state who was then staying in Geneva, Switzerland, as part of a private visit, should have a meeting with his French counterpart Emmanuel Macron in Paris before mid-August to rule on the subject. . An appointment finally canceled at the last minute at the request of the French side, officially, for “timing reasons and because of the Covid-19 pandemic”.

Obviously, France is using all the subterfuges which are favorable to it to block the expected reforms. As we can see, it is stricto sensu a problem of interests, any other explanation being only careless. A situation which requires the CEMAC and UEMOA states to take joint and concerted action, if as long as individual initiatives seem doomed to failure. Obviously, in these politico-economic battles, only the balance of power in favor of Africans could tip the scales in their favor. And that is the real point of the puzzle.