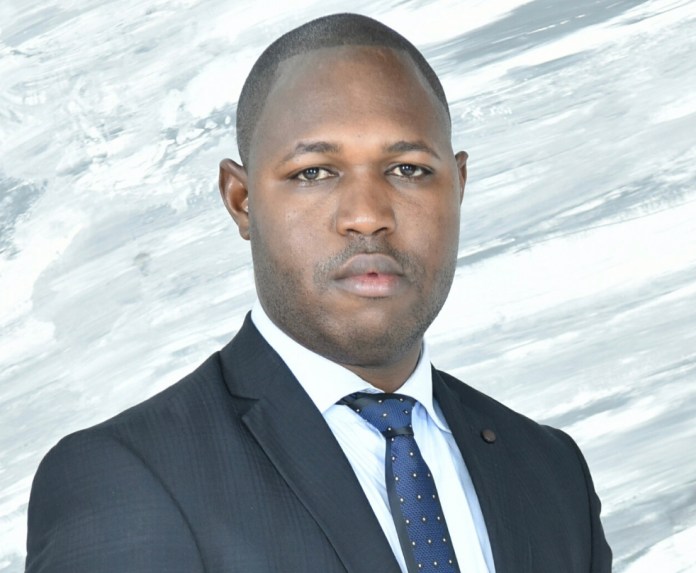 The Guinean banking system, like that of most African countries, has enormous shortcomings which should push the monetary authorities to undertake courageous reforms, the sole purpose of which will be to prepare an infallible financial inclusion strategy and thus allow a good part of the population take advantage of the services offered by these banks to a lesser extent. This is why we believe that subjects, such as the procedures for granting credits and collecting means of payment, should be reviewed according to the evolution of the size of our economy.

It is however to be deplored nowadays that Guinean banks participate weakly in the distribution of credits, but also and above all in the collection of suitable resources, in the financing of the development of our country. According to the figures taken from the World Bank reports on Guinea but also from the bulletin of monetary and financial statistics and the balance of payments of Guinea of ​​2017, the ratio of bank credit to GDP is around 10.0%, against 22.3% in Ivory Coast, 33.3% in Senegal and more than 100% in South Africa. In addition, the ratio of credit granted to the private sector to bank deposits is 58.0%. Which is largely low compared to other neighboring countries.

By observing these figures, we realize that in Guinea, deposits received from clients by the banking system are hardly transformed into credit to the private sector. Meanwhile, the ratio of money supply to GDP is around 30% compared to 15% in countries that manage their economy well, hence the excess liquidity of the Guinean economy.

In the same wake, the World Bank report on the “ Diagnosis and preparation of a national financial inclusion strategy ” published in November 2018 indicates that credits granted to the economy remain dominated by credits. short-term loans which represent 57.7% of the total loans distributed in 2017. As for medium and long-term loans, they represent 42.3% of the total 2017 loans (including less than 10% for long-term loans) . The resources used to ensure these loans are collected on an annual average of 17% for term deposits and 93% for short-term deposits.

Despite its size, sometimes considered modest, the Guinean banking sector is experiencing a flourishing situation because of the profits it makes, which are drawn mainly from resources in agios, foreign trade transactions but also foreign exchange. Despite this reality, the banking sector is characterized mainly by:

And yet, Guinean banks must fully play a decisive role in financing the economy. However, they remain thwarted in their action, by the rules which are applied to them which indeed have a double origin: those enacted by the Central Bank, which are called banking regulations and those adopted by the National Assembly and which we call the banking law.

By way of illustration, the banking regulations recall in their provisions the instruments of the credit policy, the conditions of access to the banking profession, the operating rules of credit institutions and the prudential control which relates to the respect of ” a certain number of ratios, namely: the liquidity ratio as well as the equity ratio, etc. It also includes standards set at the international level by the Basel Committee created in 1976, which also followed the bankruptcy of a major German credit institution, the HERSTATT bank. This Committee is resolutely oriented towards preventing banking crises. It also sets prudential standards, the first of which was decided in 1988 and which is a solvency ratio called the Cooke ratio, named after its author. In short, during what became known as Basel II, which took place in the 1990s, the Cooke ratio was enriched and became the McDonough ratio.

In Guinea, Law L / 2005/010 / AN of July 4, 2005 describes the economic model to which banks must comply. In this law, the Guinean legislator has opted for the concept of universal banking as an economic model for credit institutions. This means that each establishment is authorized to carry out all types of banking operations which involve receiving funds from the public, credit operations, making available to customers and managing means of payment up to foreign exchange transactions as well as advice and assistance in asset management or financial matters.

This is what would lead them, in view of their prudential and profitability obligations, to develop strategies on high margin and low added value operations. Hence the preponderance, among the activity of the banking sector, of the distribution of short-term loans and correlatively of the collection of short-term deposits, to the detriment of the collection of deposits and the distribution of medium and medium-sized loans. long term necessary for the creation and development of productive activities, that is to say the development of the gigantic natural resources of the country at the same time agricultural, halieutic and mining.

We will not be able to complete this little analysis without providing some possible solutions, like any Guinean concerned about the economic and social development of his country.

First and foremost, we believe that the Guinean State should support and encourage the creation of a development bank: historically, the manifestation of this concept of development bank dates back to 1997 before it was relaunched during the year. year 2020. Until then this bank has not yet seen the light of day. In our opinion, its implementation is more than necessary for the economic development of our country.

In the same vein, the Guinean state should encourage the creation of a parallel network of credit institutions with special status. Such an initiative should ultimately allow such institutions to be entrusted with public interest missions limited to a specific area, for example the financing of social housing or that of SMEs …

Finally, the creation of a high value-added banking system model: this approach will involve the identification and elimination of all the legislative and regulatory constraints that weigh on the adoption by the banks of an appropriate credit policy. the financing needs of the productive sector.

We believe that the application of these three measures will make it possible to create a real current of business and generate real competition between players in the sector both for the collection of long-term internal resources and for the distribution of medium and long loans. terms.

Given the importance of deposit collection, the reform can be used to examine the possibility of securing the financing of investments with short resources. This transformation will make it possible to finance investments: in a situation characterized by a mismatch between savings and investment.