Morocco-listed companies: the transfer window for auditors has begun! 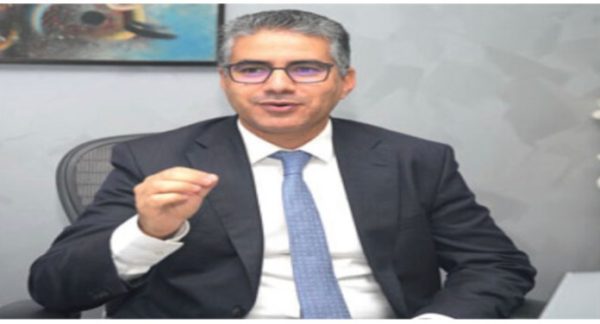 In one year, several companies listed on the Casablanca Stock Exchange should renew the mandate of their auditors or appoint a new auditor. Some banks and finance companies are in this case. Behind the scenes, the battle is head-on between members of the famous auditing “Big Four” (PwC, Deloitte, KPMG and E&Y) and very enterprising challengers.

If for football stars, signing in a new club takes place between early July and late August, with the auditors, the transfer window occurs during the season of ordinary general meetings (AGO) of companies. The appointment of the auditors and the renewal of their mandate are decided during the meetings which are generally held between April and June, confirms Mohamed Hdid, chartered accountant, managing partner of Hdid & Associés. The auditor is appointed for a three-year mandate by the ordinary shareholders’ meeting, the one that approves the accounts for the year, except in the case of company formation where the mandate is one year, completes Mohamed Dami. , accountant. Outside of listed companies and credit institutions, renewals are surrounded by a lot of discretion. At the Order of Chartered Accountants, only the number of mandates and the sector of activity are declared as required by a professional directive.

Seemingly calm, the market for the certification of listed company accounts is the subject of a merciless battle between firms. As with the final stages of a sports competition, preparation begins long in advance with a particular focus on terms of office that are approaching their end. If for this year, there are few issues at stake among listed companies except the CIH Bank, whose general meeting should appoint new auditors or renew the current duo of Fidaroc Grant Thornton and Coopers Audit. Their mandate expires on adoption of the accounts for fiscal year 2020. On the other hand, next year, the transfer window is likely to be lively with the planned renewal at the Banque Centrale Populaire group and at CFG Bank.

In total, the statutory audit market covers around 4,000 mandates from nearly 350,000 companies, reveals Amine Baakali, president of the National Council of the Order of Chartered Accountants. This is too narrow a market compared to the 780 practitioners registered with the Order, he laments. On the other hand, it is impossible to have the slightest idea of ​​the volume of fees (turnover) for the legal audit. Even the regulatory bodies of the profession do not have this information. There is a limit to the transparency that number professionals preach to their clients. Even at the Moroccan Industrial and Commercial Property Office (OMPIC) where the summary statements of the firms are filed, it is difficult to navigate. To find an indication of the audit fees, you have to go to the “reference documents” of a few rare companies, including Maroc Telecom, which publish the fees paid to the auditors of their accounts.

In the audit market for listed companies, the members of the famous “Big Four” (Pwc, KMPG, Deloitte and E & Y) no longer reign supreme as they did a few years ago. These global firms are clearly shaken up by international challengers like Grant Thornton and Mazars, or even by Moroccan-Moroccan firms like Hdid & Associés among others.

What auditor rotation is changing

In 2011, the Order of Chartered Accountants adopted a directive providing for the rotation of auditors in publicly traded companies and public establishments. This rotation must be carried out after a maximum of 6 years for the signing partner and after 12 years for the firm with several chartered accountants. At the level of Bank Al-Maghrib and by way of derogation from the provisions of the law on public limited companies, the renewal of the mandate of the auditors having carried out their mission with the same (financial) establishment during two consecutive mandates of three years, does not can intervene only at the expiration of a period of three years, after the end of the last mandate, and subject to the approval of the Central Bank.

For other companies other than public and those making public offerings, the external auditors were formerly appointed for a term of 3 years, renewable without limitation. The legislator put an end to this “life mandate”. The law on SA published on July 14th now limits to a maximum of four consecutive terms, or 12 years, the mission of the auditor for listed companies and those making public offerings. At the end of this period, the auditors concerned must observe a latency period of 4 years before being able to certify the accounts of the same companies.

Interview with Amine Baakili, President of the Moroccan Order of Chartered Accountants

The profession’s fight against the deflation of fees

The fight against the continued decline in fees for legal audit services is one of the projects of Amine Baakili (photo) president of the National Council of the Order of Chartered Accountants. Companies are always pushing down the level of remuneration of auditors by highlighting the productivity gains induced by technology. For contractual audit assignments in the public sector, the price war is currently resisting the Order’s directive.

Financial Afrik: Is recourse to competition systematic for the appointment of the auditor in Moroccan companies?

Amine Baakili: The auditors are legally appointed by the shareholders or partners at the level of the general meeting. In fact, for audit assignments in public establishments, the auditor is often selected through a tender procedure open to all firms. In private companies, mandates are generally subject to competition through a preselection on the basis of open or limited consultations of several firms likely to offer the service, to have the necessary human and technical resources. When the company has an audit committee, which is the case for listed companies, the latter also has the role of reviewing the process for selecting external auditors and ensuring their independence.

How do groups like Maroc Telecom, OCP and multinationals operating in Morocco proceed to appoint their auditor?

Large groups use either the tender procedure open to all firms or, as explained above, a pre-selection on the basis of open or restricted consultations of several firms likely to offer the service. For subsidiaries of multinationals, the choice is often made by the head office which calls for an international consultation for the choice of auditors. This market is concentrated mainly at the level of large firms which are less than ten in total.

It should be noted that in France the joint audit office nevertheless leaves the possibility for large companies to choose to appoint an auditor who is a member of a large network alongside an auditor from a small one. firm, which has enabled the development of national firms of significant size.

Has the deflation of fees on audit assignments seen in recent years faded?

Fees for audit assignments have experienced a continuous decline in recent years due to competition between firms. This deflation was significant at the level of the public sector to the point that several firms refused to respond to audit missions in the public sector given the significant discrepancy between the budget for fees set by public establishments and the normal budget which allows the chartered accountant to perform all the required due diligence before issuing his audit opinion (which may be 10 times higher).

This situation was a major concern for our profession, given the impact that this deflation could have on the quality of the work of the auditor, knowing that his mission plays a key role in preserving the climate of trust between shareholders and managers. . To this end, I would remind you that the Order of Chartered Accountants acted on two levers to preserve the quality of audit assignments: the first is that of setting up a minimum time budget that the auditor must devote auditing the accounts of companies according to their size and activity. The second lever was that of the establishment of a minimum average hourly rate that accountants must respect for estimating their fees. As the implementation of this second lock is recent, we have not yet been able to measure its impact. Nevertheless, we have already observed in certain cases in the public sector, that fees are returning to a normal level.