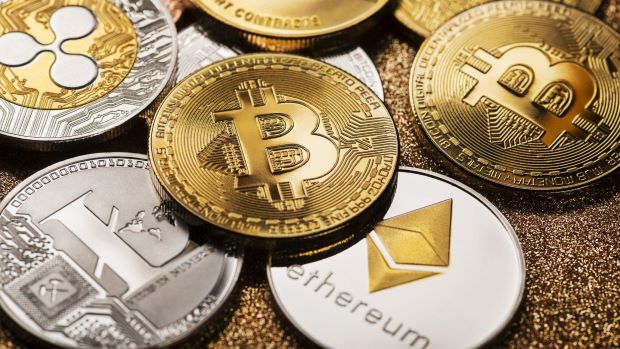 Cryptocurrencies have been driving the local and international news of recent times. They are on everyone’s lips, for speculators, they constitute a wonderful vehicle for speculation, but for the political and monetary authorities, the question is more worrying and needs to be debated. In the West African area in general and in my Burkina Faso in particular, the appetite of young people for crypto-currencies even if some do not know enough about it, is increasing day by day. If the system is qualified as a scam system by detractors, it should be noted that the meeting of parliamentarians on the issues of crypto-currencies in the ECOWAS region, held from July 6 to 10, 2021, in the country’s capital men of integrity (Ouagadougou), has become the legalized argument of the defenders of cryptocurrency. The article tries on the one hand to inform the public opinion on the economic stakes of crypto-currencies, their difference with other digital currencies and on the other hand to enlighten the youth on the investments in crypto-currency in l ” inviting local investment to be useful for local economies.

What to understand by cryptocurrency

A cryptocurrency is a virtual currency or even electronic because it only circulates in a completely digital form and therefore not real. Cryptocurrency technology was invented after the financial crisis of 2007-2008, on the one hand to bypass the regulations of financial systems and on the other hand to avoid the exorbitant fees associated with financial services. Cryptocurrency is traded through a decentralized computer system called the blockchain and is based on anonymity. Indeed, this currency, which can be described as “underground economy” currency, can be used for illicit purposes (money laundering, financing of terrorism, etc.). Its operation is based on algorithms or on the principles of cryptography that validate the transactions and the issuance of this same currency. Cryptocurrency, unlike the dollar, the euro, the yuan, the FCFA, is not legal tender in any economy and therefore is not accepted by all economic players as a means of payment or as an intermediary for exchanges. Legal tender currencies are issued, regulated and serve as a monetary policy instrument for issuing central banks, but cryptocurrencies are neither issued nor controlled by a central bank. As for the three different functions (unit of account, intermediary of exchanges and store of value) that a real currency must fulfill, cryptocurrencies do not fulfill any function in the strict sense.

Digital currency is not cryptocurrency

It should be noted that digital bank currencies are a response to the technological revolution in the financial field (end Tech). First, to counter the abusive expansion of cryptocurrencies and secondly to reduce the dependence of central banks aimed on commercial banks. Indeed, the advent of these different digital currencies will, on the one hand, boost trade between economies and, on the other hand, make monetary policy more direct without a “front bank”.

A central bank digital currency (“MDBC”) is a digital asset issued by the monetary authority alone, which defends its value. This currency is exchanged at par with banknotes and reserves, permanently available and in peer-to-peer transactions and circulating on digital media. MDBC and cryptocurrency are part of the large family of digital currencies but we insist that central bank digital currencies are not cryptocurrencies except that they have more beneficial objectives for economies and are legal tender. It is in this specific context of central bank digital currency that the meeting of ECOWAS parliamentarians on crypto-currency issues took place. We could say that the term cryptocurrency stakes is not adequate because the idea is to take advantage of the digital revolution in finance to boost economies by boosting trade between member countries. But how can we institute a digital currency that will be legal tender in economies that do not share the same currency? These are all questions we can ask ourselves when we know that the advent of the single currency ECOWAS (ECO) is not for soon.

What are the benefits for our local economies?

If young people are so much more interested in cryptocurrency, the goal is to find a place at the table of the great by hitting the jackpot. Wealth no more is the watchword of these young people who talk about cryptocurrency all day long. To demonstrate by a + b that you can make so much money by investing locally, we analyzed two investments over the period January to August 2021. Assuming an initial investment of 1,000.0000 XOF. The table below shows that the purchase of certain securities of listed companies (SONATEL, Coris bank) on the regional securities exchange over the above period is more profitable than the purchase of Bitcoin (BTC). Why ? In terms of capital gain, bitcoin performs better, but its very high level of risk erases part of this performance. For securities in addition to capital gains, companies have distributed dividends which may improve their performance. Bitcoin prices are more volatile (5.26%) than Sonatel (1.73%) and CBI (1.16%) assets. In addition, bitcoin is exposed to cybercrime (because it can suffer a large-scale computer theft).

An economy cannot be well if the number of speculators is greater than the number of investors. Placing its liquidity in cryptocurrencies constitutes a flight of capital, a supply of tax havens and a possible financing of illicit activities without our knowledge. Risk-taking is legitimate for all investors, but let’s take reasonable and measured risks. We can make money and be of use to our local economies by investing in local financial markets by knowing which types of companies to invest in. Dear youth, let us be more investors than speculators.

Burundi: economic growth expected at 2% in 2021

Cameroon-based fintech, Maviance PLC, closes its Seed round to fund its expansion within the Central African Economic Region (CEMAC)