Algérie: avoiding the errors of the 1995-1999 privatization program 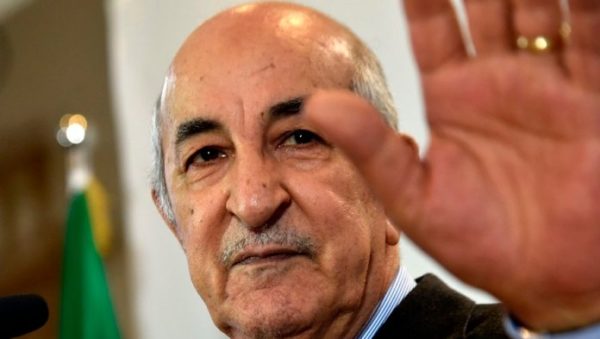 By University Professor Dr Abderrahmane MEBTOUL and President of the National Council for Privatization 1996/1999.

Algerian President Abdelmadjid TEBBOUNE during his meeting with the national press on August 08, 2021, indicated his desire to open the capital of public enterprises including banks to the private sector, a condition for the establishment of a market economy productive with a social purpose, far from any monopoly, whether public or private, source of additional costs and economic and social inefficiency, having to avoid the mistakes of the past (the period 1995/2012) and the sale of public assets.

Its orientations will be applied, itself recognizing the difficulties of the transition from an administered economy, bureaucratized to the extreme, for more than 60 years to a market economy with a social purpose, linked to a rule of law, supposing to new reformist social forces which will come up against the resistance of the conservative rentiers who no longer have the right to reserve, after more than 20 years, the duty of truth is imposed, some to flee their responsibilities having fallen, for lack of knowing the file, to the National Privatization Council, accusing it of having sold off the national heritage.

To avoid any confusion, the privatization council set up in 1996 with my appointment as President, certainly to satisfy international institutions after Algeria’s payment default in 1994 and rescheduling, (having been appointed since founder of the he national association of the market economy ADEM (interior ministry approval 63/92) was frozen between 1997, where, moreover, throughout 1997, I was responsible for managing by the late Ali Tounsi, DGSN, in order to to counter terrorism, at the Cati barracks, the audit on the optimization of the financial resources of the DGSN in collaboration with certain segments of the security services and the Institute for Global Strategy.

All the dissolutions of companies, especially local ones with hundreds of thousands of square meters located in urban and semi-urban areas and the disposals of assets, in total opacity, when the dollar on the parallel market was around 100 dinars one euro, for the benefit of certain private individuals between 1995/1999, were carried out directly by the services of the first ministry of the time without consulting the privatization council, where it would be useful to carry out an audit to assess the damage to the benefit of the treasury public.

After a conference that I gave to Aurassi, Algiers in early 1998, threatening to resign in the face of these practices, the then head of government, under pressure, authorized the Privatization Council only in early 1998 to do so. evaluation of some small public enterprises including some hotels, which was done with the assistance of public consulting firms. At the end of 1998, a call for tender was issued in total transparency in the presence of bidders and the national press, including ENTV.

To avoid these transfers, while we continued to sell shares in large companies under the aegis of the National Council of State Holdings chaired by the Prime Minister, just after the resignation of President Liamine Zeroual, the Privatization Council which could not carry out any of these small transfers, under the pressure, with the arrival of President Abdelaziz Bouteflika who put his own men, put an end to my mission and dissolved the Council at the end of 1999. For my part, I returned at the University in January 2020, as a professor and activating as an international expert, to this day.

It was only in the face of recent financial scandals by some senior officials who prided themselves on patriotism that I realized that this transparency has disturbed many rentiers under the guise not of ideology, but of personal gain, explaining this dissolution. For the period 2000/2019, several disposals took place and here too an audit must be carried out, including in the event of embezzlement, only binding on the perpetrators, but not to confuse a management act with corruption.

In short, we should not confuse the process of privatization, which is a partial or total transfer of assets, with demonopolization, which consists in promoting the creation of new private units. Privatization and demonopolization is an eminently political act, because it displaces large segments of power linked to the rent, hence the natural resistance of those who benefit from it, the winners of tomorrow not necessarily being those of today. (see our book OPU 1981 edition reissued at Paris Editions Amazon 2018 on reforms and privatization).