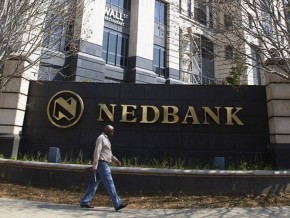 On the digital side, the Johannesburg-based bank said it increased the number of digitally active local retail customers by 27 percent year-on-year to 2.35 million, which now represents 33 percent of total customers and 61 percent of major customers. banked customers.

The digitization of services in Nedbank Retail and Business Banking, as well as the impact of restrictions linked to the pandemic, have enabled the group to increase digital service volumes by 187% and reduce counter volumes by 42% in one year.

“After a volatile and challenging 2020 for the South African banking sector, the first half of 2021 saw client activity rebound and market volatility return to more normalized levels, although the flow of corporate deals in various sectors has remained weak, ”the group said.

Mike Brown, CEO of Nedbank said, “Operating conditions in the first half of 2021 were better than we expected at the start of the year, helped by improving commodity prices. This was evident in the upward revisions to South Africa’s GDP growth, accelerating vaccine deployments and positive developments on key reforms. ”

In addition, Nedbank stressed that despite its strong financial performance, the group will further grow the main financial indicators including earnings per share (HEPS).