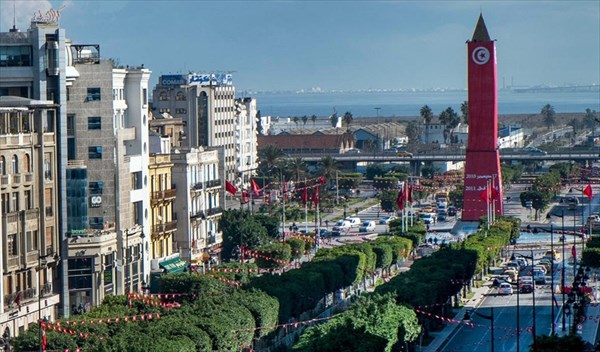 Economic activity in Tunisia was marked, during the first quarter of 2021, by a contraction of around 3% year-on-year, against -2.1% a year earlier, according to data from the Central Bank of Tunisia (BCT) based in Tunis.

<< The decline in activity affected all sectors except that of non-manufacturing industries which experienced a strong recovery (11.5% against -4.7%) mainly due to the increase in value addition of the hydrocarbons sector (26.1% against -4.4%), ”underlines the BCT.

Manufacturing industries thus recorded a decline of 0.3%, during the first quarter of 2021 and year-on-year, mainly in relation to the drop in production of the agrifood and chemical industries (-17.3% and – 10.1%, respectively), despite the recovery in activity in the building materials, ceramics and glass industries (12.8% vs. -8.4% a year earlier) and , to a lesser extent, the mechanical and electrical industries (6.2% against -8.8%) and textiles, clothing and leather (2.3% against -15%).

As far as they are concerned, non-market services recorded a drop of 5.1% against -1.9% recorded during the same period a year earlier.

“Following these developments, notes the BCT, the unemployment rate rose 0.4 percentage point to 17.8% against 17.4% in the previous quarter.”

According to the Tunisian Emission Institute, for the whole of 2021, forecasts count on an increase in the growth rate of 3.9% against -8.8% achieved in 2020. This expected recovery is explained , in particular, by the resumption of activity in the majority of sectors, with the exception of the agricultural sector, whose added value is expected to decline by around 2.9% under the effect of the drop in the olive harvest in oil. “However, tempers the BCT, these forecasts remain dependent on the stability of the health situation and the effectiveness of the containment measures taken to thwart the spread of the pandemic, especially with the resurgence of a third wave of Covid-19 >>. In addition, underlines the BCT, the stability and improvement of the social climate has become a necessity for the recovery of the hydrocarbons sector, which has suffered heavily from the fallout from social movements.

Tunisie: Continuation of the downward trend in tourism activity in the first quarter of 2021