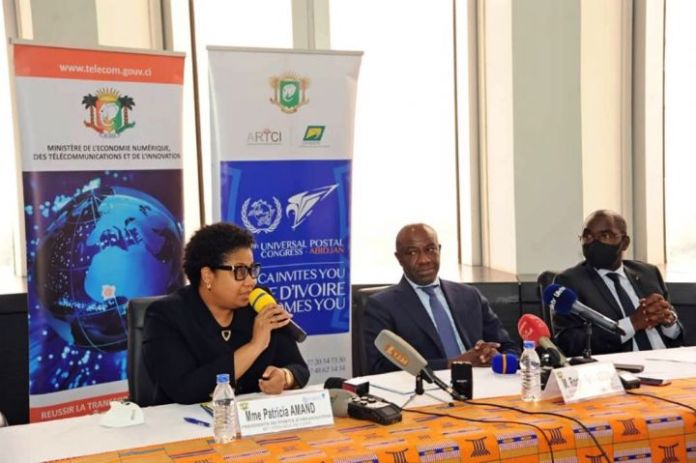 From August 9 to 27, 2021, Côte d’Ivoire will host the Universal Postal Congress organized by the Union Postale Universelle. Since 2016, the UPU has been deploying a digital solution to facilitate e-commerce on the continent: the Ecom @ africa initiative. By its nature, this event is as much an opportunity as it is proof of the growing economic maturity of the Ivory Coast.

Founded in 1878, the UPU is one of the oldest international organizations. Forced to reinvent itself with the advent of the digital age, and the decline in the volume of mail (except parcels), the UPU has today become a pioneer in global e-commerce.

The lack of logistics infrastructure (roads, bridges, etc.) and insufficient internet coverage have slowed the development of e-commerce in Africa for years. These issues have not disappeared, but they are gradually fading away, especially in the most developed African countries, including the Ivory Coast. Indeed, according to the Mckinsey firm, electronic commerce could reach 10% of the retail market share of major African economies.

In March 2021, according to the Telecommunications Regulatory Authority, the penetration rate of mobile telephony in Ivory Coast reached 151.5%, for mobile internet it was almost 75%. According to the Minister of Digital Economy, Telecommunications and Innovation, Roger Adom, the internet penetration rate nationwide has exceeded 65%. This is almost three times more than in 2018, when it was only 26.3%.

Another essential factor for the development of e-commerce: infrastructure. And in this area the Ivorian government has seen big, in particular to relieve congestion in the economic capital, Abidjan. It is with this in mind that the third “Abidjan bridge” was built, and a fourth was launched in 2018. The construction of the Abidjan metro, which must be completed in 2023, follows the same logic. . Numerous efforts have also been made to modernize roads and urban highways in order to make traffic more fluid. As a reminder, the road network of the Ivory Coast currently weighs for more than 50% of that of the WAEMU.

These actions have therefore enabled the development of e-commerce and increased access of the – growing – Abidjan middle class to consumer goods with high added value, via the logistical rise of the country. In addition, the government has initiated the development of the country’s postal services. In May 2021, Minister Roger Adom inaugurated, in the presence of the UPU, the “post office of the future”. This new generation post takes into account the changing needs of Ivorian consumers. Thus, in addition to its traditional missions, the Post will also provide financial services (business center, ATMs, money transfer solutions, etc.).

However, this development of e-commerce has gradually aroused the interest of several economic operators. From this perspective, we can cite Jumia, a multinational company specializing in e-commerce, or Ivoiremobiles, which markets telephones as well as mobile payment solutions.

These operators are the main targets of the ecom @ africa initiative, the objective of which is to create a single digital window, intended to unify their processes. Indeed, according to UPU Director General Bishar Hussein, the Ecom @ Africa platform: “will place the post as a logical pivotal infrastructure and an important vehicle for social, economic, financial and digital inclusion.”

In addition to confirming the relevance of the Ivorian economic model, and its results, the organization of the UPU universal postal congress, and the launch of Ecom @ africa, constitute a green light for all private investors in the sector. It therefore seems possible that the government will achieve its goal of elevating Côte d’Ivoire to the rank of regional leader in e-commerce.

LafargeHolcim Côte d’Ivoire and Neulandt signed a memorandum of understanding on Thursday, November 25, for the establishment of the first mobile factory for prefabricated...

IATF 2021: Dlamini Zuma seduced by the potential of Côte d’Ivoire

Automotive: 158% increase in the net income of Tractafric Motors Côte d’Ivoire in the 3rd quarter of 2021