[Tribune] Maritime transport: behind the vertiginous surge in container costs 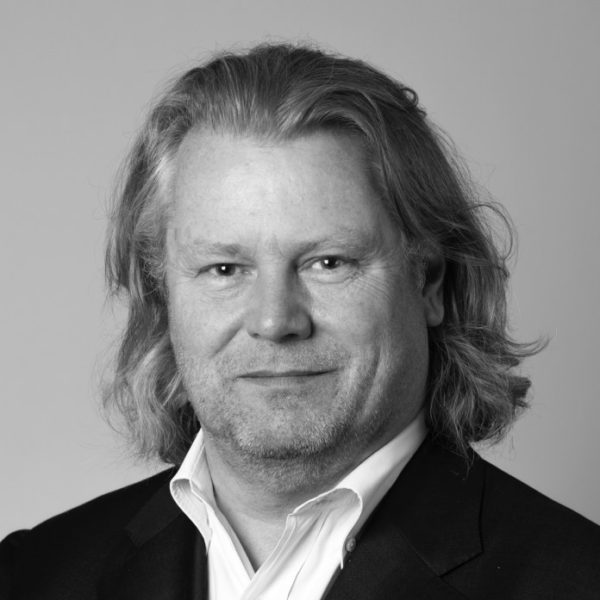 Over the last eighteen months, the global supply chain has lurched from crisis to crisis as Covid-19 has wrought havoc with shipping practices. The closure of ports across Asia and Africa has caused particular harm with the consequences likely to be felt for years to come.

When supply routes no longer function, this not only prevents the transport and trade of goods but also means that shipping containers, essential to the movement of commodities and any freight, are often left in the wrong place.

To take a hypothetical example, containers filled with Chinese goods, usually mass-produced consumer items, fail to arrive in African ports such as Durban and Mombasa because of an outbreak of Covid in China which forces the Chinese government to close their ports thus restricting shipping exports. Under normal circumstances, these containers, filled with consumer goods, would be transported inland to landlocked countries such as the Democratic Republic of Congo and Uganda, not only to deliver what ever they may be carrying, but also to be loaded up with exports from these countries, namely soft commodities such as coffee and cocoa beans. The fact that these containers never arrive means that, for farmers and traders, the cost of exporting produce from the African interior doubles, because both legs of the containers’ journey need to be financed. The increased expense is passed down the supply chain to the consumer, leading to price inflation across the world.

The expense of containers is a particularly important aspect of trading in low value commodities for which the transport expenses are a significant proportion of their overall cost. If 15% of the cost of shipping a containerful of cocoa is attributed to the cost of the container, then the doubling of this percentage cost can have serious effects at both ends of the supply chain, regardless of the fluctuating price of cocoa. In this case, the volume and weight of the commodity are critical to whether it is financially viable to transport it. In extreme cases, the freight can be more valuable than what is actually being transported. This particularly affects farmers in Southern Africa who produce low value crops to be exported abroad.

To discuss the doubling of container prices is to ignore that recently, at times, the cost inflation of trade has been significantly higher. The expense of shipping an empty container rose from US$500 to US$1,300, over a three-day period in November alone, while on average the pick-up fee between China and Europe was three times higher than that of other routes because of Covid. Prices for full containers more than tripled to US$5,000 in December 2020 compared to US$1,300 in March of that year when the pandemic had only just begun. This price inflation is unlikely to correct itself anytime soon with there seeming to be unsurprisingly little appetite among container owners to lose out on their vast profits.

Prices have stretched as far as US$9,000 at times and, at the moment, the price of containers is so high that many goods originating in China are now being transported by the trans-Siberian railway because this has become a more cost-effective method of transport than shipping.

Despite the reopening of ports, many shipping containers were in the wrong place after over half a year of disruptions and restrictions. Consumer demand in Europe and America has rebounded from the lows of the early pandemic, and this has happened so quickly that supply chains have struggled to readjust. As a result, the price of shipping a container has increased exorbitantly.

• 90% of world trade is transported by sea.
• $ 7 trillion: total value of maritime trade per year.
• 2 billion tonnes of goods are transported each year in sea containers.

The crisis of the Ever Given in the Suez Canal has been the proverbial straw which ‘broke the camel’s back.’ With 18,000 containers onboard when it became grounded, and dramatic photos of the incident as it unfolded, the public’s awareness of shipping and the potential hiccups in supply chains has never been higher. Such an incident can have a ‘domino’ effect on the rest of the supply chain when other ships are delayed or rerouted putting the entire system off kilter.

The Delta variant has exacerbated the situation, particularly across Asia, so that many countries have refused to let crews off ships making it impossible to rotate sailors, leaving over 100,000 stranded on their vessels outside ports. These bottlenecks are causing supply shortages for many common goods, everything from plastic toys and clothes to air conditioning units and engine parts. As well as this, the pandemic has reduced the efficiency of the ports themselves because workers have been missing for lengthy periods of time. A lack of workers has caused delays which, extrapolated over the last eighteen months, has created a snowball effect leading to serious ongoing problems preventing the free and easy flow of trade. The congestion and disruption have also caused shortages of the very goods and materials required for shipping, including wooden pallets and the supplies needed for transport infrastructure, disturbing both consumers and businesses alike.

It has been reported that, on an average day in July 2021, there were 328 ships waiting in front of ports around the world, with 116 ports reporting congestion issues. As much as 10% of the world’s shipping capacity has been taken out due to port congestion issues. According to the Wall Street Journal, around 60% of global container shipments in March were delayed. Two years ago, in the pre covid era, only around 30% of shipments were delayed. This crisis has led to increasingly protectionist policies from governments : Kazakhstan banned exports of wheat flour; Thailand has stopped exporting eggs; Vietnam has suspended rice exports and Russia is talking about limiting grain exports to protect supplies.

On top of this, more recently, severe flooding in China and Germany, has exacerbated supply chain issues with suppliers and manufacturers losing both stock and facilities. With meteorologists predicting even more extreme weather due to global warming, supply chains are likely to be increasingly disturbed by natural disasters.

In South Africa, the recent unrest has left Durban Harbour, the biggest port in Southern Africa, severely damaged causing further harm to the global economy. 31.4 million tons of cargo go through the port each year, but it has been barely in operation over the last few weeks.It is now openly acknowledged that the global supply chain is in complete disarray and political instability can only worsen an already grave situation…

So, what does the future hold?

The thinktank Capital Economics are predicting are 20% dip in global trade for this year compared to 2019, because of the pandemic. In 2009, after the financial crash, trade only dipped by 13% revealing how serious the effect of Covid has been on global supply chains.

Conversely, shipping companies themselves are reaping major profits. Maersk reported a net profit of $2.9 billion for 2020, a sixfold increase on their reported profits from the previous year. Moreover, there are vast surpluses of certain commodities in some areas and severe deficits elsewhere. It is likely to take years for this stock imbalance to correct itself.

Shipping firms, as well as companies all along supply chains, need to make a holistic and profound analysis, which should lead to significant changes, such as making supply chains more local, or at least to geographically closer countries, as well as increasing the digitalisation of supply chains, in order to create a more sustainable and secure system.

The combination of the effects of Covid and the ever growing concern with environmental issues means that there is likely to be a shift towards a less globalised world. While even five years ago the idea that, as a planet, we might aspire to less growth and less prosperity would have been absurd. Now, as priorities change, and preserving the environment has begun to supersede the demands for economic progress, the possibility that ‘peak globalisation’ has taken place grants a completely new perspective on trade, supply chains and global economics.

It is not only now much cheaper to use local goods but the lower carbon emissions that shorter trade routes entails add further benefits. Even if this means importing consumables from neighbouring countries rather than from other side of the world, the economic savings and lesser environmental impact will be significant. A ship travelling around Europe can make three times as many journeys as when travelling between Asia, Africa, and Europe. The increased localisation of trading, particularly when it comes to low value, high volume commodities, looks set to be a defining trend for the future.

However successful the worldwide vaccination programme may be, there is a long way to go, and many environmental issues to consider, before global supply chains, the very sinews of trade and consumerism, return to ‘normal’.

Nicolas is Scipion Capital’s Founder and CIO. He oversees the investment processes for all of the firm’s strategies and is responsible for the development of all new products.

Nicolas has over three decades of experience in trade finance. After beginning his career with Credit Suisse in Switzerland, he worked at Midland Bank Plc’s Trade Finance subsidiary in Lausanne and London before joining Citicorp Investment Bank in London covering EMEA structured trade finance in 1984. He left Citibank in 1992 as CEO of their West Africa Head Office in Dakar having been headhunted to start DOC Finance, a merchant bank based in Geneva focused on trade finance in Emerging and Frontier Markets.

Nicolas holds an MBA from Instituto de Empresa in Madrid, is a non-exec director of AIM-listed Symphony Environmental Technologies Plc, and served as a Court Magistrate in Switzerland for many years. Nicolas is also a member of the Advisory Board to Global Trade Review, a leading Trade Finance industry publication.