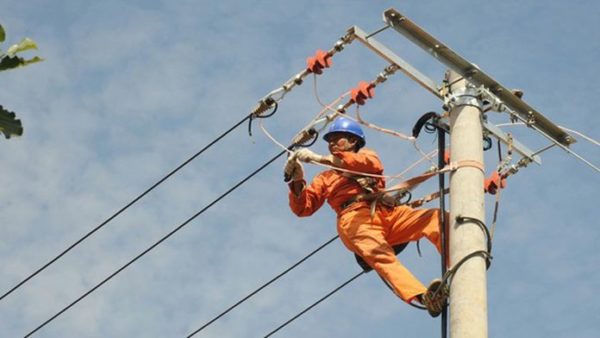 Affected by the rationing of electricity which ended at the beginning of July not without having affected the performance of several companies, the Ivorian economy, which quickly recovered, risks being again weakened by the economic situation. from China. The world’s largest producer of electricity in 2019 (27.8% of the world total), the Middle Kingdom is experiencing an unprecedented crisis in the sector.

Extreme temperature conditions have increased the need in some areas for electricity for air conditioning and refrigeration use. While the People’s Republic of China has decided to limit the production of coal plants, which also produce electricity, for a greener economy in 2060, this situation is more worrying. Because the drought has affected the production of electricity by hydroelectric dams.

Africa, which has been heavily dependent on China for the past 10 years, could also suffer the consequences. For, a study by the International Monetary Fund (IMF) has shown that a 1% drop in China’s domestic investment growth is associated with an average 0.6% drop in Africa’s growth. The Ivory Coast is in the crosshairs. The cumulative investments of projects granted to Chinese companies in the country had crossed the bar of 4.5 billion dollars in 2017 and concerned the sectors of real estate construction, food, drinking water, transport, energy. The Olympic stadium of Ebimpé (63 billion FCFA), the extension of the autonomous port of Abidjan, the rehabilitation of the electricity network, the construction of the Soubré dam and the construction of the high school of excellence of Grand Bassam required the competition. financial support from the Chinese, including the construction of the dry port of Ferkéssedoukou estimated at CFAF 254 billion and coming from Chinese funds Complant (China national complete plant import-export Corporation). In addition, a large part of WAEMU’s largest economy imports originate from China.

According to a CNN publication dated June 30, “The power shortage could reduce output in virtually every sector of the economy, including key construction and manufacturing industries. These companies used nearly 70% of Chinese electricity last year, according to the National Bureau of Statistics, and were the main drivers of the recovery in 2021 “. Also according to CNN, the country’s National Bureau of Statistics acknowledged that the electricity shortage even contributed to a slowdown in the growth of industrial activity in China in June.

For the American newspaper, the shortage of electricity in China is likely to worsen the delivery delays that can be felt around the world … Production cuts and the prospect of missed delivery deadlines in this country are also likely to weigh on an already strained global supply chain.