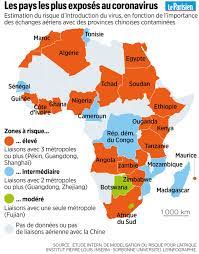 A year and a half after the outbreak of the pandemic, Africa is doing better than resisting the Coronavirus. Until then, the slaughter predicted, or at least announced by Westerners, has not yet taken place, much to the surprise of those who read crystal balls and are now guessing. But should we say that Africans are naturally immune so as not to fear a human disaster? It would be irresponsible if, as long as the disease not only claims many victims on a daily basis, official statistics are certainly underestimated in view of the difficulties encountered in accessing real data.

According to the World Health Organization (WHO), the latest variants of the disease to appear on the continent are worried, since in recent weeks the number of deaths linked to Covid-19 has increased by 43%. In addition, the number of hospitalizations is also on the rise, while insufficient oxygen is reported to ensure proper care of patients under intensive care. In the week of July 11, 2021, 6,273 deaths had been recorded in one week, against 4,384 deaths the previous week, less than 1% of the record of 6,294 deaths in a week, reached in January.

Overall, the updated WHO figures as of July 18, 2021 show that Africa has crossed the threshold of 6.2 million patients, including 5.3 million cured, 668,000 patients still under care, for 157,000 deaths. . Over the past month, one million more cases have been reported in Africa, registering the biggest progression of the pandemic. A resurgence of the disease which is explained, among other things, to the weariness of the public vis-à-vis compliance with barrier measures, but also the mutation of variants like the Delta variant reported in 21 countries of the continent which holds the higher number of transmissibility compared to Alpha and Beta variants reported in 35 and 30 countries respectively.

According to Dr Matshidiso Moeti, World Health Organization (WHO) Regional Director for Africa, “The number of deaths has skyrocketed in the past five weeks. This is a red flag that gives us a clear signal that hospitals in the most affected countries are on the verge of reaching a critical point. ” In addition, she said, “national health systems, suffering from a lack of funds, are facing a serious shortage of health workers, supplies, equipment and infrastructure necessary to take in charge of patients affected by a severe form of COVID-19 ”.

At a time when there is more and more talk of vaccination and less than 2% of Africans are currently vaccinated against a global average of 50%, a WHO survey reveals that only 18 countries had included corticosteroids in the protocol treatment, while 9 countries use non-recommended products such as hydroxychloroquine and lopinavir in the treatment of Covid-19. Several studies show that many Africans use the traditional pharmacopoeia with more than satisfactory results, hence the decision of government authorities in several countries to proceed with the approval of certain natural products shown to be effective for the treatment of Covid-19. In any case, even if the predicted disaster did not occur, Africans had better remain vigilant.