Between Kinross and the Mauritanian government, the strategic partnership is strengthened 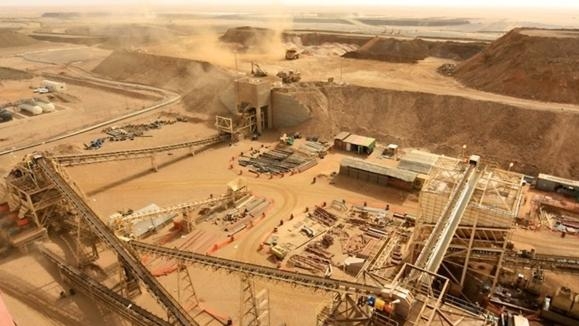 After an initial agreement in principle signed in June 2020, Tasiast Mauritanie Limited S.A (TMLSA), a subsidiary of Kinross, and the Mauritanian government signed a final agreement on July 15, 2021. The agreement should anchor Kinross’s mining activities and its close cooperation with Mauritania in the long term.

Designed as a win-win partnership, the agreement should ensure a solid foundation for Kinross’s activities on technical, fiscal and operational aspects. In return, Kinross provides guarantees of transparency to the Mauritanian government while committing to pursue its development aid activities ($ 16.3 million in community support) and local employment (97% of TMLSA employees are Mauritanians. ). This is primarily in the region of the Tasiast mine.

In particular, the agreement provides for the establishment of a progressive royalty structure indexed to the price of gold. In practice, it will double the mining royalty paid to the Mauritanian state, which can drop from 3% to 6.5%, depending on the price of gold.

In return, the Mauritanian government is committed to initiating the clarification of the tax regime applicable to fuel consumption by Tasiast. In addition, Kinross obtained exemption from fuel taxes, reimbursement by the Government of VAT credits. Note that until 2020, Kinross contributed to the Mauritanian treasury to the tune of $ 953 million in taxes and royalties incurred.

In addition to continued support to build the capacity of the ministry in charge of mines, one of the main issues of the agreement was to restart Tasiast’s crushing activities, which had stopped after a recent fire, and to optimize them. Along this path, Kinross is committed to implementing actions aimed at reducing mill downtime while reviewing potential strategies to cushion the production delay. In addition, Kinross plans to process the higher grade ore stockpiles when the mill is restarted.

Ultimately, the signing of this agreement signals an intensification of Kinross activities in Mauritania. It is doubly strategic for Mauritania, in terms of income, but also in terms of development aid. A country under the threat of armed terrorist groups in the Sahel who do not hesitate to exploit natural and social difficulties, Mauritania faces real challenges of economic development and access to employment. Issues that Kinross is making a major contribution to addressing given the $ 249 million paid in salaries to Mauritanian employees since the group’s installation. But also through its 2.2 billion spending on purchases and supplies. A positive result which can only be consolidated by the signing of the agreement.