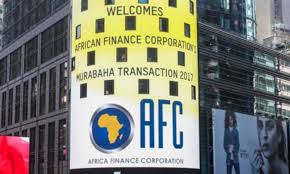 The Africa Finance Corporation (AFC) announced, in a statement published on July 13, 2021 on its website, the accession of Guinea through its central bank, and Togo as its most recent shareholders, “thus strengthening its representation Pan-African ”. No information is filtered about the amounts invested.

AFC, which claims an investment of 30 million euros in the Kekeli Efficient Power project, the first combined cycle gas-fired power plant in Togo, has also invested 150 million USD in the development of the Adétikope Industrial Platform (PIA ). In Guinea, figures show around USD 300 million invested in projects that aim to boost employment and sustainable economic development opportunities, and the country’s vast mineral resources.

As shareholders, indicates the institution based in Lagos (Nigeria), Togo and Guinea should benefit from an increased investment on its part as well as a part of the higher risk-adjusted returns of the Corporation and of payments. competitive dividends. “In addition to ongoing projects, we aim to expand our presence in both countries with an active portfolio of projects in natural resources, renewable energy, transport and logistics,” said Samaila Zubairu, President and CEO of the AFC.

Founded in 2007, AFC aims to stimulate private sector investment in infrastructure across Africa. Togo has been a member since 2018, ten years after Guinea joined in 2008.