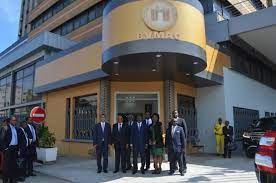 The said committee examined the economic and financial situation of the Economic and Monetary Community of Central Africa (CEMAC) on July 8 by videoconference, in order to identify short- and medium-term prospects in a health context linked to the coronavirus. . However, he dwelled on the state of play of the second phase of the CEMAC financial market merger before launching a plea aimed at boosting the regional stock exchange in order to enable it to position itself as a real instrument. regional development.

For UMAC, it is urgent for the countries of the sub-region and all stakeholders to intensify awareness-raising and communication actions on “the role and the beneficial effects of a unified financial market, in order to make the more attractive stock market ”. With less than ten companies and institutions listed on the Douala stock exchange, in both the equity and bond compartments, BVMAC, despite a potential market, is among the dwarfs in this area compared to other regional financial markets on the continent. Its market capitalization as of July 14, 2021 amounted to 553 billion FCFA (approximately $ 1 billion), or 30 billion for stocks and 523 billion for bonds.

The second phase of the merger of financial markets which benefits, among other things, from the support of the World Bank (WB) is based mainly on two pillars namely the operationalization of the structures of the unified financial market that are the BVMAC, the Supervisory Commission of the Central African Financial Market (COSUMAF), the settlement bank and the Single Central Custodian (DCU) which is the Bank of Central African States (BEAC).

The role of these institutions is to ensure the development of the stock market for longer, more consistent and diversified funding for the benefit of CEMAC companies. The other pillar consists of deepening the market for treasury securities in order to guarantee states permanent access to non-inflationary resources, without currency risk at a lower cost and in a sustainable manner.

The lack of competitiveness of the regional stock exchange leads some analysts to ask the CEMAC states, in addition to incentives, coercive actions to push national companies and multinationals to list on the stock exchange.