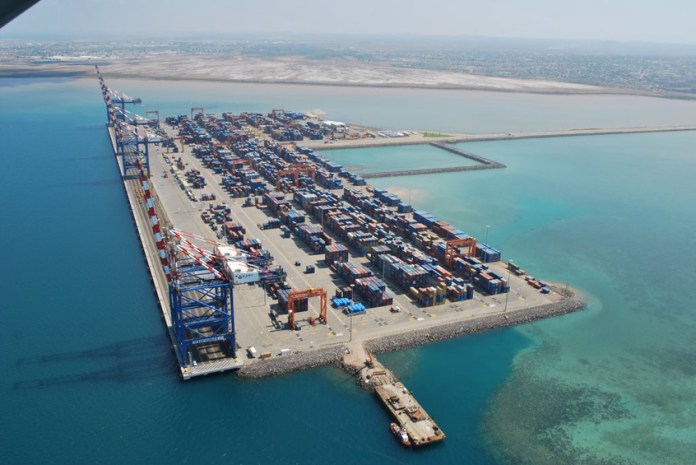 An arbitral tribunal of the International Court of Arbitration in London (“LCIA”) ruled on July 7, 2021 against the company Port de Djibouti SA (“PDSA”), in its dispute with DP World, confirming the illegality of its efforts to terminate its joint venture agreement and transfer its shares to the State. The London arbitral tribunal has outright rejected the Djibouti company’s offer to evade the contract formerly concluded with the Emirati port giant. It should be noted that 23.5% of the shares of this port platform are held by China Merchants Port Holdings Company Ltd of Hong Kong (“China Merchants”), and the rest by the government of Djibouti.

Indeed, on February 23, 2018, the Djiboutian government took control of the Doraleh container terminal from DP World, which designed, built and operated the terminal following a concession granted in 2006. Until seizure , the terminal was managed under a joint venture between DP World and PDSA. In July 2018, PDSA unilaterally declared that its joint venture agreement with DP World had been terminated. PDSA also attempted to remove the appointed directors of DP World from the joint venture in an attempt to take control of that company. DP World has applied to the High Court of England and Wales and obtained an injunction against PDSA to prevent it from doing so until the Tribunal has had a chance to resolve the dispute. In an attempt to circumvent the effect of the injunction, PDSA attempted to transfer its stake in the joint venture to the Government of Djibouti, relying on an order from the President of Djibouti. DP World sued PDSA over these matters in the arbitration.

The Tribunal ruled and rendered its arbitration award arguing that PDSA violated the joint venture agreement by wrongly attempting to terminate it and by attempting to transfer its shares to the government. The Tribunal ruled that the joint venture agreement had not been terminated and remained in full force. The arbitral judge also ruled that PDSA remained a shareholder in the joint venture and that its attempt to transfer its shares to the government had no effect. The arbitration will now move to a second phase to decide the damages owed by PDSA to DP World. PDSA was also ordered to reimburse DP World’s legal costs to date amounting to £ 1.7 million (GBP).

The new ruling is the seventh ruling by an international court or tribunal in favor of DP World in its ongoing dispute with the state of Djibouti. It follows a ruling issued on July 31, 2018 by another LCIA tribunal that the Doraleh container terminal concession agreement remains valid and binding despite the government’s efforts to evade its contractual obligations, and to another decision issued on January 10, 2020 ordering the government to return the terminal to DP World. A third arbitral tribunal also ordered the Government of Ismael Omar Guelleh to pay damages in favor of the joint venture (in which DP World has a 1 / 3rd stake) in the amount of US $ 485.7 million for the violation of its exclusive rights, due to the construction of the multipurpose port of Doraleh and including certain unpaid charges for the traffic of containers handled in other ports of Djibouti. The Government has yet to comply with any of these decisions and continues, according to DP World, to violate its international obligations.

DP World reaffirmed that it will continue to seek all legal means to defend its rights as a shareholder and concessionaire of the Doraleh container terminal in the face of the government’s blatant disregard for the rule of law and compliance with binding commercial contracts. . He also stressed that despite the past three years, the Government had still not offered compensation in an attempt to find a negotiated settlement to the dispute.

The container terminal at Doraleh, the country’s largest employer and largest source of income, has operated at a profit every year since it opened, and has been ruled by an international tribunal and the English commercial court as being a ‘big success ”for Djibouti under the leadership of DP World.

DP World has a portfolio of 81 operating marine and inland terminals supported by 148 related business units in 60 countries across five continents with a significant presence in high growth markets.

The facts behind the legal-arbitral drama

The Concession Agreement between DP World and the Government of Djibouti was signed in 2006 through a roundtable that gave a shareholding structure of 67% to the government of Djibouti and 33% to DP World. The terminal in question extends over a length of the quay of 1,050 meters with an annual capacity estimated at 1.2 million TEUs. Built and operated by DP World, the Doraleh Container Terminal (DCT) is widely recognized as the most advanced container terminal on the east coast of Africa, enabling the safe, smooth and efficient movement of goods within and outside the country. The terminal is Djibouti’s largest employer and is responsible for creating thousands of jobs, both directly and indirectly, for people in the local community.

In 2009 during the inauguration of the Container Terminal of Doraleh in the presence of the President of Djibouti Ismail Omar Guelleh, of Sultan Sultan Ahmed bin Sulayem, CEO of DP World, in the presence of more than 400 guests, President Guelleh declared about DP World that the latter had qualitatively and quantitatively contributed to the growth of Djibouti, by building and inaugurating the Doraleh terminal. For the Djiboutian Head of State, DP World had just made the long-standing dream of the Djiboutian people come true, thanks to the support provided by the Vice-President and Prime Minister of the Emirates and Ruler of Dubai SA, Sheikh Mohammed bin Rashid Al Maktoum .

Recall that in the 2000s, DP World and the Djiboutian Government had already set up a joint venture, which subsequently enabled DP World to obtain a concession for the operation of the Port of Djibouti. The partnership between the two parties leads to the construction by the joint venture of the nearby Doraleh container terminal. This economic infrastructure contributes prospectively to the stimulation of the economy of the country.

The Doraleh terminal has a handling capacity of 1.2 million TEUs (twenty-foot equivalent container units) per year, the largest and most modern terminal in East Africa. Its 18-meter draft and 1,050-meter quay handle the largest vessels in service, including “Super-Post-Panamax” vessels of 10-15,000 TEUs. The capacity of the terminal is expected to grow with market demand to approximately 3 million TEUs over time. Djiboutian interns contribute to operations at the company’s other African terminals, such as Dakar, Senegal. After the official opening, the president of DP World is launching the new wing of the Kempinksi Djibouti Palace hotel, a project of NakheelHotels. The President of Djibouti and Sheikh Ahmed Bin Mohammed BinRashid Al Maktoum are opening a 16 km road connecting Djibouti to the new terminal, given by Sheikh Mohammed and bearing his name. The project to build this road infrastructure has been funded to the tune of $ 21 million by the Emirate. It has four lanes in both directions.

As a foreign investor, DP World claims to have invested hundreds of millions of US dollars in the country and has contributed significantly to Djibouti’s economy over the years to the tune of 12% of GDP. The port operator has increased Djibouti’s origin and destination freight by 380% over the past 14 years. At the same time, volumes increased by more than 70% in 2017.

FBN Holdings will soon be listed in London