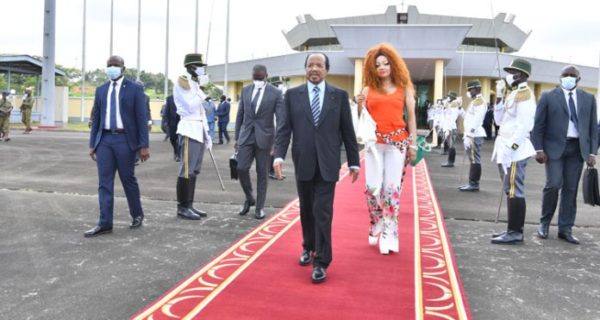 Paul Biya’s presence in Europe on a private visit fuels political battles that go beyond the classic confrontation between the majority and the opposition. The stake is more important, since it is about the succession to the head of the country. Decryption.

“The President of the Republic, accompanied by Madame Chantal Biya, left Yaoundé this Sunday, July 11, 2021, at the end of the morning, for a brief private stay in Europe”. It is with this laconic press release that the Presidency of the Republic officially announced the visit currently being made by the Cameroonian Head of State to Europe.

Even without having indicated the host country, for those who are familiar with the facts, it is clear that it is Geneva, Switzerland, where Paul Biya is used to taking up his quarters when it comes to of a private stay.

Just as in the past, it was not far from Lake Lehmann that the Head of State left his suitcases, more precisely in the cozy setting of the Intercontinental hotel, the special plane that was transporting him having landed little before at Cointrin Sunday at 6.30 p.m. from Cameroon.

According to our information, in view of the current health context and the repercussions that this trip could suggest, the said stay was carefully arranged for weeks by Bern and Yaoundé where no political activity appears on the agenda.

Although this is a private stay, the Head of State is nonetheless accompanied by an “official suite”, according to the established terminology, which is far from being a contradiction according to the Cameroonian authorities because “the President of the Republic works wherever he is”. However, on the basis of the press release, it is difficult to know how many days this presidential stay will last during which Paul Biya should in particular do a check-up.

Two years after Paul Biya’s last private stay in Geneva, peppered with incidents following the demonstrations organized at the Intercontinental hotels and resorts by “activists” close to the opposition, everything suggests that the same causes will produce the same effects . In this wake, next Saturday July 17 at 10 am, “giant” demonstrations are planned against the presence of the Cameroonian head of state on Swiss soil.

On this occasion, opponents of the Yaoundé regime under the banner of “the whole diaspora united” intend to mobilize more than 5,000 Cameroonians in Geneva to demand “the immediate and unconditional return of Paul Biya to Cameroon”. The latter justify their act to the fact that the presidential stay in this luxurious five-star hotel where American presidents Joe Biden and Russian presidents Vladimir Poutin had lunch on Monday July 12 is enormously expensive for the Cameroonian taxpayer.

Yet, they say, this money “squandered to sustain the current regime” can help develop the country through the construction of basic infrastructure such as schools, hospitals or roads or to provide water and electricity to the population.

Faced with what appears to be a mistrust for republican institutions, the Cameroonian authorities through the Cameroonian embassy in Bern condemned the “inflammatory and violent statements by small extremist groups” and denounced “remarks as virulent as they are odious” including all suggests that this is a “project that aims to destabilize our institutions by attacking the one who embodies them”.

In a patriotic leap, the government invites Cameroonians wherever they are not to “give in to hate speech and not to join in unacceptable maneuvers aimed also at tarnishing the image of our country and undermining excellent relations with our host country whose authorities, in particular those of the security, were duly informed about this situation ”.

The two camps are on the alert and visibly do not intend to let go, hence the eminently important role that the Swiss authorities will have to play in order to avoid a stopover.

Since the re-election of Paul Biya in 2018 for a seven-year term, activists labeled as close to the opposition have stepped up attacks against Cameroonian authorities and symbols of the state. They have on several occasions stormed Cameroon’s diplomatic representations in Washington, Paris, Bonn, Geneva, London, Brussels…, ransacking buildings and making hostile statements against the government.

Aged 88, including 39 at the head of the country, Paul Biya faces an equation with several strangers. Challenged by opponents who nurture the ambition to reach the highest office, he is also mutedly challenged from within the regime, where many of his supporters and relatives dream of nothing less than succeeding him. Public clashes by his supporters in the government, such as the Covidgate, which spills over several officials and in other institutions, are precursors of the end of the regime where both sides want to position themselves. Hence reciprocal accusations within the government of encouraging activists who are far from being just opposition supporters.