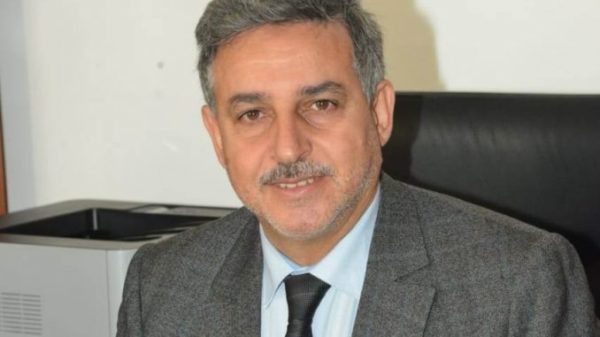 By Khalid Cherkaoui Semmouni, Professor at the Faculty of Law in Rabat and at ISIC

Terrorism is one of the most serious threats to peace, security and stability, as well as to the enjoyment of human rights and economic and social development in Africa. It compromises security, well-being, and cripples the economy and destabilizes entire regions.

Indeed, in recent years, terrorism and violent extremism continue to grow in different parts of the continent, especially in the Sahel zone, whose offensives have claimed the lives of thousands of civilians and caused great economic losses in the region. region. Many terrorist groups have emerged in the Sahel because of violent local or regional conflicts, the intensification of inter-community violence, border insecurity, socioeconomic marginalization, extremist religious beliefs, etc.

The most prominent terrorist organizations are those of Daesh and Al-Qaeda, which pose a major threat to peace and security in the region, particularly in Chad, Burkina Faso, Mali and Niger. These groups continue to terrorize local populations, attacking security forces, taking advantage of the extremely insecure situation in some areas.

All the more so, because of the vulnerability in the Sahel region, terrorism and violent extremism can exacerbate conflicts in Africa and contribute to weaken the affected states in terms of security, stability, governance. and economic and social development.

In fact, the current situation, despite the threats it raises, constitutes a strategic opportunity for Morocco to strengthen its importance as a State capable of contributing, in a tangible way, to the security, stabilization and to the development of the Sahelo-Saharan region. Morocco has always advocated a comprehensive approach to resolving conflicts affecting certain regions of Africa, including the Sahel, in order to effectively combat the deep roots of insecurity and instability.

Indeed, Morocco’s commitment to the Sahel has become essential, as an African partner, which wants to play a more preponderant role in the development and the fight against terrorism in the region, given that Morocco has developed a true precursor model. South-South cooperation, which is based on multidimensional links with African countries in various fields, including the security field which comes first.

By accumulating experience in this area, Morocco is resolutely committed to promoting a comprehensive and coherent cooperation approach at the continental level, in the fight against terrorism and the prevention of violent extremism. Knowing that terrorism in the Sahel is one of the most serious threats to peace, security and stability, as well as economic and social development in this area of ​​Africa, which currently constitutes a major geopolitical and geostrategic issue for the Morocco.

From this observation, cooperation between Morocco and the G5 Sahel (made up of the countries: Mauritania, Mali, Burkina Faso, Niger and Chad) is very necessary to effectively face a threat to which it is no longer possible to respond according to an exclusively national approach.

This is why the G5 Sahel needs joint, immediate and concerted action with its partners in favor of security in the region and the promotion of its economic development, to tackle the sources that favor violent extremism. and terrorism.

In this sense, the actors concerned, of which Morocco is a part, must develop a strategic vision of security, and develop institutional, organizational and budgetary measures in order to achieve the objectives, by focusing on the major challenges to be met. identify among the many risks, threats, vulnerabilities and fragilities facing the region.

Need it be said that this concern remains a challenge for Morocco, as a member country of the African Union (AU) and partner of the G5 Sahel, having accumulated a universally recognized experience in the fight against terrorism and radicalization , therefore, it is supposed to play a primordial and preponderant role in securing the Sahel.

In addition, the political conflicts in Chad, which is currently going through a very uncertain period of transition after the recent death of President Idriss Déby and the military coup in Mali which risks aggravating security problems in a country without territorial integrity, too weak central power, could have a direct impact on the stability of the region.

Consequently, the readjustment of the security system of the G5 Sahel has become very necessary, with the support of African partners, first and foremost Morocco, to initiate a transition towards a large structured cooperation and develop a strategic vision in anticipation of risks and threats. safe to come.