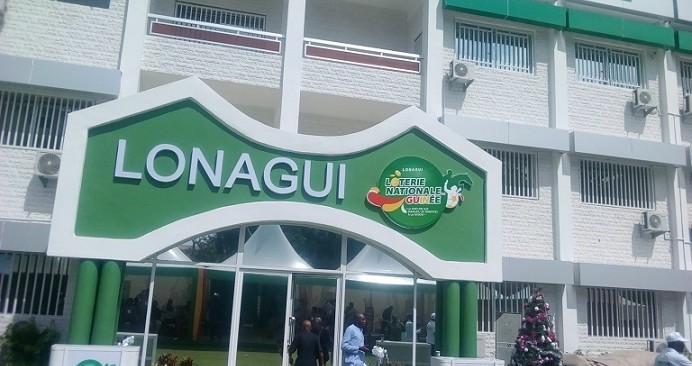 Since the announcement by the regulator, the National Lottery of Guinea (Lonagui), of the termination of the Guinea Games concession contract and the takeover of the sports betting company headed by businessman Antonio Souaré, the two entities are engaged in a communication battle through interposed media. The first seeking to justify its decision, the second attempting to prove its legitimacy and good faith.

The general management of Guinea Games had until then opted for the strategy of silence and presumably to prepare its defense in order to retaliate with its army of lawyers. It had not made any official statement in reaction to the announcement in late June that its concession contract was terminated, nor on the numerous accusations of breaches of contractual clauses. Until the release of a Lonagui press release on July 2, 2021, revealing or rather reminding the public that Antonio Souaré is not a shareholder or director of Guinea Games.

“Contrary to a certain very widespread opinion often tending to assimilate the end of the Guinea Games contract to a relentlessness against the person of Mr. Antonio Souaré, Lonagui indicates here that the latter is in fact no longer either a shareholder or a manager of Guinea Games. It has sold all of its shares in Guinea Games since September 2016 and the act of sale has been notified to Lonagui and to organizations interested in the sale … Lonagui reiterates its commitment to preserve direct and indirect jobs linked to the activities of the company Guinée Games and will guarantee the interests of punters and the State, ”specifies the regulator.

This statement from Lonagui has led Guinea Games to step up to the plate to “clarify” its contractual situation with the regulator. “Following the dissemination of letters from Lonagui on the media and social networks reporting the termination of the concession contract awarded to Guinea Games for the operation of the games in the Republic of Guinea, today we would like to provide some clarifications , after having observed a reserve period, due to the negotiations which will be specified below. First, the concession contract awarded to Guinea Games in 2001 and taken up by its rider and registered on April 20, 2011 with the Ministry of Economy and Finance stipulates in article 3 that the contract is awarded for a period of 10 years. However, in article 3-1 of the same rider, it is meant that the contract is renewable by tacit agreement, except termination during its period of validity linked to the breach of obligations by one of the parties and announced three (03 ) months before the end of the contract, ”retorts the management of Guinea Games.

According to the company, the expiry date of the notice period (referring to the denunciations of breaches of contractual clauses made by Lonagui on June 21, 2021) was January 20, 2021. “However, until June 21, 2021, he had never been notified by Lonagui of any desire to terminate the contract, ”emphasizes Guinea Games. “In addition, on February 12, 2021, a meeting whose agenda was, the renegotiation of the agreement, was even held in the premises of Lonagui and at the end of this meeting, a deadline for establishing a new contract has even been proposed by Lonagui, which should lead to the final signature on March 31, 2021. To date, no new convention project has reached us, ”denounces Guinea Games.