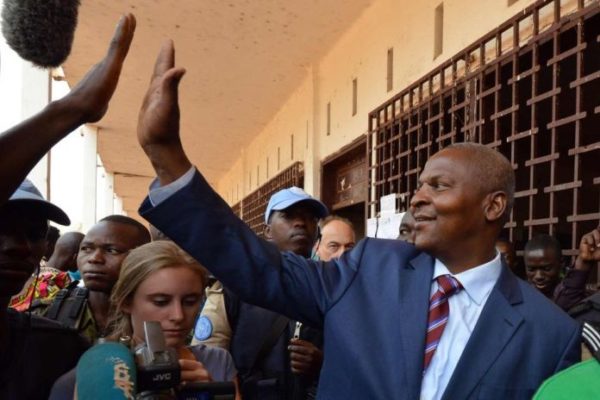 Will the “great” republican dialogue announced last March by the head of state Faustin Archange Touadéra after his re-election in a tense socio-political context be held under inclusive conditions? It is difficult for the moment to be optimistic, as the beginnings of this high mass to restore peace and security in the Central African Republic are the subject of many challenges, particularly within the political class.

Following the presidential decree of June 30, 2021 defining the profiles of the participants as well as the conditions of participation, several opposition movements reacted strongly to contest the organizing committee as defined by the President of the Republic, deeming it “totally unbalanced” to allow a “frank, transparent and fair dialogue”.

The opposition finds that the organizing committee contains “serious shortcomings” which do not guarantee a “meeting in serenity towards consensual results” if as long as “this committee gives pride of place to the presidential majority and its various variations ”. In other words, “the organization of the expected dialogue must be exempt from suspicion”, insists the opposition which justifies its mistrust because the majority approach does not guarantee “neither impartiality nor equity”, conditions sine qua non allowing an inclusive dialogue.

In order not to build the house on “quicksand”, opposition leaders, among others, Georges Anicet Doléguélé of the Union pour le reveau centrafricain (URCA), Martin Ziguélé of the Movement for the Liberation of the Central African People (MLPC) ) and Crépin Mboli Goumba of the African Party for the Radical Transformation and Integration of States (PATRIE) subordinate their participation in the future dialogue to “the revision of the presidential decree” in order to reach “a consensus on the organizing committee”.

The grievances formulated by the opposition are irrelevant, the authorities specified, since “the work has been meticulously done, we wanted everyone to be represented, among the personalities received during the consultations” indicated the presidency. The preparatory committee for the dialogue made up of political parties and civil society must be composed of 24 members, the chairman of which will be appointed by the President of the Republic.

During the pre-consultations of the nation’s vital forces carried out last April with a view to the organization of the said dialogue, the authorities had clearly indicated that the representatives of the armed groups or any political party that had shown any support for the Coalition of Patriots for change (CPC) were excluded from the dialogue. A coalition made up of half a dozen political groups led by the former head of state François Bozizé who stepped up armed attacks before, during and after the double presidential and legislative elections of December 27, 2020.