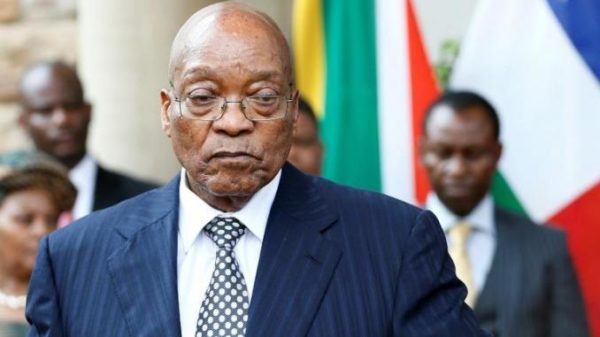 The noose is tightening around former South African President Jacob Zuma, nearly 9 days after his 15-month prison sentence for contempt of justice. Indeed, the police announced, this Wednesday, July 7, their intention to arrest him at midnight in the absence of any further instruction from the Constitutional Court.

“The police will have to make the arrest before midnight,” police ministry spokeswoman Lirandzu Themba said, adding that “failure to do so would mean the minister and the police commissioner would be in contempt. in court and the minister has made it clear that he is not ready to be charged with contempt of court ”.

According to judicial sources, the judgment on the request for a stay of arrest will be handed down on July 9.

Zuma, 79, remains a very influential political actor in South Africa, and his case was a major test for the country’s democracy and its resolve to uphold the rule of law. The ex-Johannesburg strongman ruled the Rainbow Nation for nearly 9 years (2009/2018) characterized by a series of scandals.

In 2018, Zuma was forced to resign by the ruling African National Congress (ANC) following corruption cases. The former head of state must answer for 16 counts of fraud, corruption and racketeering linked to the purchase, in 1999, of military equipment from 5 European armaments companies while he was vice-president of the country. However, Jacob Zuma has denied all the facts with which he is accused and denounces a relentlessness.

As a reminder, last week, the country’s highest court sentenced Zuma to 15 months in prison for contempt of justice. The court ordered him to surrender to authorities by July 4, or be arrested within three days of that deadline.