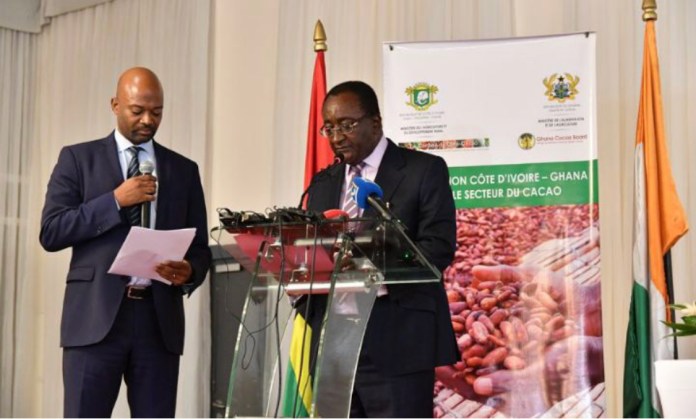 At the end of the first meeting of the Steering Committee of the Côte d’Ivoire-Ghana Cocoa Initiative, the Director General of the Coffee-Cocoa Council (Ccc), Yves Brahima Koné, announced the possibility of ending the sustainability program of chocolatiers to force them to pay the Drd, which requires the purchase of $ 400 / tonne.

“Our will is that those who have programs with us here, continue to work in harmony. I think it’s unreasonable to come and do sustainability programs and get rich in some way and refuse to pay the planter. They are not consistent ”he argues.

According to Yves Brahima Koné, during a meeting with the traders, some showed their refusal to pay the DRD which was currently running at 900 million dollars. “That we refuse to pay the Drd and that we are told that we have been communicating for $ 5 billion. Is this a way of respecting us? », Laments the director general of the Coffee and Cocoa Council. He says the Coffee and Cocoa Council will continue to raise awareness while hoping that reluctant traders one day understand that the point “is to pay the farmers for the smooth running of the cocoa cultivation”.

Faced with certain traders who use taxes as a pretext to ignore the Decent Income Differential, Yves Brahima Koné responds by saying: “They are not the ones who run our States. You know, these are demands of some people, who don’t want to face reality. How much are the taxes? These are things they say, but we will have the answers to give them, “protested the head of the CCS.